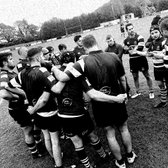 The 3s will look to make it 9 from 9 when they host Hemsworth at Abbeydale...

The indominable 3rd XV are back at Abbeydale for the third week in succession as they welcome Hemsworth 2s, looking for an incredible ninth win in a row!

The boys were the only senior team at home last week so faced off against Dinnington on the 1st XV pitch, they’ll be back ‘up the top’ this weekend but will be looking to play with just as much verve and ambition as is now commonplace for the club’s most prolific winners this season.

Hemsworth have suffered contrasting fates to Sheffield this season, as the men from West Yorkshire are now winless in their last five encounters. They will travel to Abbeydale with trepidation at the prospect of taking on a team that are high on confidence and very much in the winning habit.

Ever-presents Ben Broomhead, Vinny Griffiths, Jack Ward, Steve Connely and Richard Hague add a familiar spine to a team that can do no wrong on current form. The addition of three outstanding Senior Colts last week will have done nothing to dampen the mood of success in camp and Ben Hall is once again part of the squad.

The boys will be looking to start in sharper fashion than they did against Dinnington last week, but despite a patchy opening quarter they always had plenty enough in the tank.

Once again, as if you needed any further reasons to be at Abbeydale this weekend, entertainment is certainly not in short supply. Whichever pitch you choose to stand by!