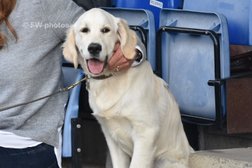 Sheffield fall short as their opportunities are missed

Having managed two hard fought wins away from home, Sheffield knew they had a hard task ahead of them with this fixture against Derby who had also won both their opening matches against Peterborough Lions by one point in the first week away from home and then Sandbach at home last week. Sheffield made two personnel changes from last week with Dam Graham coming in at hooker and Fergus Wood taking over from Joe Cribley at full back. Both George Wagstaff and Ali Womack dropped down to the bench with Alex Fawdry and Gareth Morley moving up to start.

Sheffield made the slowest of possible starts. Derby kicked off and Steve Depledge kicked to touch. Derby won the line out and were over just to the right of Sheffield Posts with barely a minute gone. The scorer was outside centre, Ben Marlow. Fly half George Castledine added the conversion and Derby had a 7 point to nil lead. However, Sheffield quickly sharpened up and were immediately on the attack from the kick off leading to the ball finding it way to the left wing Gareth Morley who powered over in the corner to reduce the lead to 5 points to 7 with just 23 minutes gone. With the absence of Joe Cribley, Harry Pratt took on the kicking duties, unfortunately his attempted conversion went wide and Derby kept their slim lead.

Sheffield were offered an opportunity to take the lead with a penalty at goal some 20 metres out on seven minutes, but once again Pratt was off target and the score remained unchanged. Sheffield were awarded another penalty on 11 minutes just inside Derby's 10 metre line, but elected to kick to touch from which nothing resulted. The score board remained unchallenged until the 19th minute when Sheffield made a searing break through the middle, but as the ball was about to be passed on to flanker Tom Womack, Tom was hauled down by Derby's fly half George Castledine before he could get hands on the ball. Castledine was given a yellow card and Sheffield were awarded a penalty try. Harry Pratt converted and Sheffield had the lead at 12 points to 7.

The game was very much the preserve of the two defences, but when Sheffield were adjudged to have erred on the half way line, Derby's fly half made no mistake with the kick to reduce the arrears to 12 points to 20. There was little other excitement until the 39th minute when a Sheffield break involving several players, including Alex Fawdry, Steve Depledge, Jonny France, Rupert Broadley and Tobi Amemakin ended with the Derby try line begging was knocked on and the move came to nothing and the half ended.

The second half got off slowly once again for Sheffield. Andy Hodgson kick straight out and Derby were awarded a penalty at the scrum, however, on this occasion George Castledine missed the kick. Sheffield got back on track and made several forays into the Derby 22 metre zone, but a lack of patience seem to dog each attack with Derby either being awarded a penalty of given the ball through knock on or turn over. However, the ability of Castledine to lay a very heavy boot on the ball whenever Derby had a penalty continuously put Sheffield on the back foot and after two quick penalties Derby had a line out on Sheffield's 22. Derby secured the ball and after some very good work through their forwards they released their backs and score a second try wide out on the left through the inside centre, Jake Lamb. Castledine's conversion hit he post and bounced clear, but Derby had a 3 point lead at 12 points to 15 with 55 minutes gone.

Almost immediately afterwards, Rupert Broadley made another scintillating break, he passed on to Andy Hodgson, but the ball was once again knocked on with the line begging and Derby were again able to clear their lines. Then Derby were awarded a penalty which they kicked into touch for a line out on Sheffield's 22. Some uncalled for chat to the referee led to another penalty and Castledine added another 3 points to move the Derby lead out to 12 points to 18 with just 59 minutes gone. From this point Sheffield began to dominate the game, and particularly at the scrum where previously they had been pushed about by Derby. Sheffield managed to get themselves into a position where they were more often than not in derby's 22 and were able to create several try scoring opportunities. |unfortunately, each opportunity came and went without them being converted and a very strong Derby defence managed to hold on and when Sheffield lost the ball over the line the referee decided to call it a day and Derby had a very hard fought for win and Sheffield just the one loosing bonus point.