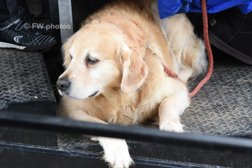 Injuries and disruption take their toll at last.

The previous few weeks have seen Sheffield list of injuries grow dramatically, with over 20 players from the 1st and 2nd XV squads being injured or unavailable. Therefore, the team that travelled to Peterborough Lions was further out of kilter than any of our other matches this season and further disruption was to follow throughout the match. Things did not start well with Peterborough Lions being awarded a penalty almost in front of the posts straight from the kick off. Fly half, Will Carrington converted and they led by 3 points to nil. The match stuttered on with neither side looking as if anything creative was ever going to happen. Both sides played as if the ball was red hot with knock-on after knock-on peppering the play. Sheffield however, looked as if they had found a spark with 20 minutes gone as some smart play saw Gareth Morley going over on the left. Unfortunately the referee disagreed and play was brought back for a very dubious forward pass. Eight minutes later, the referee put his stamp further on the match when he yellow carded the Lions number 8 for throwing the ball away in a tantrum in front of their posts. Sheffield however, elected to take a scrum instead of the points, in the hope of scoring a try, but he ball was lost and the opportunity lost. The errors kept coming from both sides and the frustrations grew, but on the stroke of half time Sheffield were awarded a penalty and on this occasion they decided to take the kick at goal, which Steve Depledge managed to convert to ensure the side went in all square.

The second half saw Sheffield make a number of changes. James Kearns and Tobi Amemakin went off, Steve Depledge moved from fly half to scrum half, Joe Cribley moved from full back to fly half, Harry Pratt from centre to full back, Gareth Morley from wing to centre, and Ali Womack and Tommy Marples came of the bench. Sheffield secured a penalty after two minutes, Steve Depledge converted and Sheffield had a slender 6 point to 3 lead. However, some wayward tackling saw Peterborough go over for a try just 3 minutes later. Will Carrington was awarded the conversion and Peterborough were back in front at 10 points to 6. The quality of the rugby did not however, improve very markedly. with 63 minutes on the clock, Peterborough were awarded a penalty at a ruck, but moments alter the penalty was reversed and the Lions fly half was yellow carded for stamping. Just a minute later, Sheffield's Tommy Marples was to follow him to the sin bin for something he might have said? However, Sheffield's Rupert Broadly almost single handedly opened up the Lions defence with blistering break down the right flank, with Matt Adcock in close attendance to score on the right. Steve Depledge added the conversion and Sheffield were once more in the lead at 13 points to 10. Sheffield were however, unable to hang on and just 3 minutes later Peterborough scored at the other end. The conversion was made and the Lions led by 17 points to 13 after 69 minutes. Sheffield had the opportunity to recover and win the match at the death and were camped on the Peterborough line for the last six or seven minutes. The Lion's wing was sin binned and Sheffield created a massive overlap on the right, but unfortunately the forwards kept it tight continued to bash away at the Lions line and pack and eventually the ball was lost and the match and the points went to Peterborough.