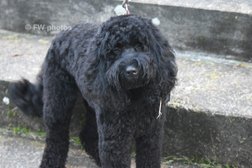 Sheffield fail to raise their game against a very determined foe

Sheffield came to this match without a number of first XV regulars, including Alex Fawdry and Tom Womack from the back row, Dan Rylance from the front row, together with Joe Cribley and Fergus Wood from the backs.

Sheffield made a good start has they had at Birmingham last week. They were awarded a penalty after just two minutes, but unfortunately Steve Depledge could not convert the opportunity. However, with nine minutes gone a kick from the rear of ruck by Steve Depledge was recovered by Sheffield allowing Jonny France to make a telling break down the left flank and as it looked like the move would come to nothing, flanker Matt Adcock popped up in his traditional supporting role to score out on the left. Steve Depledge converted and Sheffield led by 7 points to nil. However, Broadstreet were straight back in the match when they turned the ball over at the restart and with twelve minutes on the clock the Broadstreet 8, Jack Gibbons, picked up at the back of a ruck to put the inside centre, Beau Carny, in for a try out on the left. Bradstreet's fly half, Lee Chapman was unable to add the conversion, but Sheffield's lead had been reduced to 7 points to 5. Sheffield battled hard, but appeared to be on the wrong side of the referee at the majority of the scrums, giving Broadstreet both possession and territory, which inevitably led to a forwards drive over the Sheffield line on 30 minutes, close to the posts. Fly half Lee Chapman added the conversion and Broadstreet had the lead at 7 points to 12. During the half Sheffield had turned down a number of kickable penalties to kick for the corner with view to hopefully scoring a try, but on no occasion were they able to convert their efforts into points and the half finished without further score from either side.

The second half was more a battle of attrition with neither side looking particularly likely to score a try. Broadstreet had the earl opportunity to increase their lead after 43 minutes with a penalty converted by fly half, Lee Chapman to make he score 7 points to 15 and Sheffield responded with a penalty in front of the Broadstreet post on 73 minutes to bring the score to 10 points to 15 and at least secure Sheffield a loosing bonus point before the mid-season break and the trip to Derby on the 7th January.