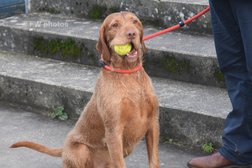 Sheffield edged out by the shear power of the Peterborough pack.

Sheffield were to host Peterborough Lions with what was probably their best available squad given the long term injuries to prop forwards, Tommy Marples and Tobi Ademakin, together with back row forward Alex Fawdry.

However, Sheffield erred at the kick off to give Peterborough a penalty of their own. They kicked to the corner for the line out from which their number 8, Sam Crooks, went over for a try wide out on the left. Peterborough converted through the centre Will Carrington, to give Peterborough a 7 point to 3 lead after 11 minutes. Sheffield got straight back on the attack, but despite creating a number of very promising positions they were unable to add to score a try. However, with 22 minutes gone were awarded a penalty which Steve Depledge converted to reduce the deficit to 6 points to 7. But as has too often been the case this season, as soon as Sheffield kick a penalty they concede a try at the other end of the field, and so it was to be so again. Sheffield gave a penalty at the kick off and Peterborough kicked to the corner once gain and from the line out scored for a second time, again wide out on the left, but on this occasion through flanker Tom Gulland. Will Carrington converted, again, and Peterborough led by 14 points to 6 after just 24 minutes

Sheffield battled hard and were justly rewarded with a try through number 8, Jonny France, after a break involving Andy Hodgson. Steve Depledge and Rupert Broadley. Unfortunately Steve Depledge couldn't convert the conversion, but Sheffield were back in the hunt at 11 points to 14 after 32 minutes. In the remaining period of the half neither side managed any kind of score. Sheffield had the best opportunity following a penalty in their favour, but at the line out on Peterborough's 5 metre, Sheffield turned the ball over and the opportunity was gone.

Sheffield began the second half well and were rewarded again after 6 minutes with a third penalty kick at goal. On this occasion the kicker was Joe Cribley and the scores were tied at 14 points all. Sheffield continued to create opportunities but with out any positive result, whilst Peterborough looked to their larger and heavier pack to drive Sheffield back. Peterborough received their reward with 14 minutes of the half gone with a penalty, which Will Carrington converted to move Peterborough back into the lead at 17 points to 14. The remainder of the match saw Sheffield have the best of both possession and territory, and the best of the referee with penalties, but without being able to trouble the score board. With full time looming, Peterborough managed to break away through their pack and once again their number 8, Sam Crooks managed to get over the Sheffield try line. Carrington was unerring accurate with the conversion and Peterborough had stolen an unlikely advantage which in the remaining period Sheffield failed to score. However, with the clock on 80 minutes it looked as if Sheffield had scored s perfectly good try out on the right, but the referee deemed there was something amiss and the try was chalked off and a valuable bonus point with it with Peterborough running out 24 point to 14.