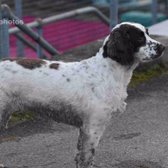 Sheffield have to battle hard at the end to hold on for victory.

Sheffield's injury crisis continued as they travelled for their first ever visit to Towcestrians RFC. They travelled without prop forwards Tommy Marples, Tobi Ademakin and Lewis McKay. Also missing were second row Dave Clayden, back row forward Alex Fawdry, and winger Rupert Broadly, but with the return of number 8, Jonny France on the bench.

Sheffield made a lively start and were rewarded immediately with a penalty which was converted by Steve Depledge. Sheffield continued to play an attacking game until they knocked on, on Towcestrians 22 metre and from the resulting scrum went he length to score on the left. Full back Matt Yuill converted and Towcestrians led by 7 points to 3 after twelve minutes. Towcestrians struck again on twenty minutes when Sheffield's defence was caught out from a Towcestrians line out on Sheffield's 10 metre line, when Towcestrians switched their attach from left to right and their centre, Ben Roe, was able to scamper over in the corner. The conversion was missed, but Towcestrians had a 12 point to 3 lead.

Sheffield were awarded a penalty from the restart and kicked to the corner for a line out. There was no immediate benefit, but two penalties later Sheffield had a line out on the Towcestrians 5 metre line. Sheffield went for the catch and drive, which was taken down. Sheffield went for the scrum and a minute later referee Tim Allatt awarded Sheffield a penalty try and sent Towcestrians tight head prop, Peter Gowler, to the sin bin. Steve Depledge kicked the conversion and the lead was reduced to 12 points to 10 after 26 minutes. However, neither side could quite break the defence of the other team down and the half finished without further score.

The second half started well for Sheffield and they were attacking the Towcestrians line before managing to spin the ball to the right for wing Danny Williams to score in the corner. On this occasion the referee sent Towcestrians number 8, Craig Holton to the sin bin for diving on to Danny's back after the score. The conversion was missed, but Sheffield had the lead at 15 points to 12 after just 3 minutes of the half. Sheffield continued to press, but were unable to break Towcestrians defence down until the 57th minute when Sheffield were able to break down the left wing with Owen Smith finishing off the score out on the left. Steve Depledge added the conversion and Sheffield led by 22 points to 12.

Sheffield were still having the better of the exchanges and were duly rewarded again on 65 minutes, when from a scrum in front of the posts scrum half, Steve Depledge went over just to the tight of the posts. Inexplicably, he missed converting his own try, but Sheffield led by 27 points to 12, having secured the try bonus point. At this point Sheffield decided to go straight to sleep, and allowed Towcestrians to score just 2 minutes later, wide out on the right by winger James Hales. Matt Yuill missed the conversion, but Sheffield's lead was reduced to 27 points to 17. Towcestrians now looked to be full of confidence and Sheffield did not respond particularly well. However, Sheffield managed to hold out until the 79th minute when the Sheffield defence opened up for number 8 Craig Holton to score under the posts. Matt Yuill added the conversion to reduce the Sheffield lead to 27 points to 24 and leaving Sheffield to play on for a few nervous minutes before running out 27 points to 24 points winners.