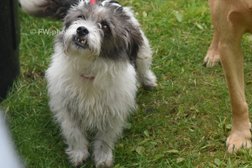 Sheffield flatter to deceive, but another Whale escapes.

The general malaise of injuries and unavailability continues at Sheffield, however, despite that Sheffield were able to take a very competitive team to South Leicester, with Jamie Pearson returning to the team and Ben Hopkinson making his debut from the bench.

The second half saw Sheffield pushing hard to get back on terms after the disastrous last few minutes of the first half. The pressure eventually told when after 10 minutes of the half, South Leicester's other second row, Will Ward was sent to the sin bin for an offence at the breakdown on South Leicester's 22 metre line, but wide out on the left. Sheffield elected to take the scrum and blindside forward Connor Mitchell did the honours with a try to the left of the posts. Andy Hodgson added the conversion and South Leicester's lead was reduced to 18 points to 14 after 51 minutes. However the elation was short lived. Sheffield coughed up a lineout to South Leicester and in trying to recover the situation gave a penalty away about 10 metres outside the 22 and wide out on the left. Aley converted for South Leicester and the lead was again out to 7 points at 21 to 14 after 57 minutes. Things did not get any better for Sheffield, with what can only be described as an outrageous off side from South Leicester that went unpunished by the officials. A chip over the top and across the pitch by alley was secured by a South Leicester player who was at least 5 metres off side when the kick took place. Sheffield were left floundering and South Leicester's scrum half, Adam Shaw was the grateful recipient of the score under the posts. Alley added the conversion and the lead was out to 28 points to 14 after 60 minutes.

The battle raged, but Sheffield were not making a great deal of headway, but on 69 minutes, South Leicester received their third yellow card, in this instance to hooker Adam Johnson. Sheffield did take full advantage immediately, because as they drove for the line they managed to knock on again and turn the ball over to the home team. The scrum was then reset several times by referee Davies, before awarding Sheffield a penalty. Sheffield reverted to the scrum again before spinning the ball wide for full back Jamie Pearson to score out on the right on seventy two minutes. Unfortunately, Andy Hodgson failed with the conversion and the gap between the teams was 9 points at 28 to 19, with both sides having scored 3 tries. Having given themselves a chance of getting something out of the match, Sheffield went into their shell and a series of penalties gave South Leicester every chance of increasing their lead, and with just 3 minutes left to play Sheffield melted away to allow South Leicester's scrum half, Adam Shaw his second try. Aley converted and South Leicester led by 35 points to 19 and had secured a 4th try and therefore, a bonus point, leaving Sheffield with nothing at all. However, South Leicester were now guilty of loosing their way, giving a penalty away at the kick off. Sheffield kicked to touch on the right and began an attack. The attack faulted when Sheffield knocked on again, but at the scrum, South Leicester erred and Sheffield had another chance. The penalty was kicked to the corner again and Sheffield set off again to attack the South Leicester try line. Time was up, but Sheffield played on sand moments later tight head prop, Dan Rylance crashed over the line, to score a fourth try for Sheffield. Andy Hodgson added the conversion and referee Davies blew for time. Sheffield had been defeated by 35 points to 26, but a vital bonus point had been secured.