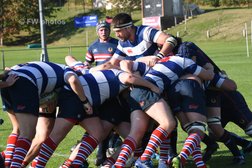 Late awakening wins a bonus point, but Sheffield remain somewhat in the doldrums to lose to Doncaster Phoenix

Sheffield travelled to Doncaster Phoenix and Castle Park with a less than familiar team. The back division was to be without centre, James Flint and full back, Andy Hodgson, together with Fly half Will Hodgson. The pack was to be without hooker, Ianto Jones and number 8, Jonny France.

Sheffield started lively enough and soon had a penalty for off side after steeling Phoenix’s ball in Phoenix’s half. Steve Depledge converted the opportunity and Sheffield led by 3 points to nil after just seven minutes. However, Phoenix came back strongly attacking well up into Sheffield’s 22-metre, charging down Sheffield’s clearing kick, with Sheffield giving away a penalty to Phoenix after ten minutes which fly half fly-half Will Burden converted to tie the scores at 3 points all. However, Sheffield bounced straight back and were able to add a further penalty on thirteen minutes when Phoenix were off side again and Sheffield led once more by 6 points to 3. The match remained tight with both sides creating attacking opportunities, but both making far too many mistakes, but the crucial mistake came from Sheffield. Sheffield knocked on just outside their 22-metre, Phoenix broke into the 22-metre and referee Carl Adams decided that Sheffield had erred at the breakdown. Phoenix took a quick tap penalty and moments later had scored just to the left of the posts through fly half Will Burden. He converted his own try and Phoenix led by 10 points to 6 after thirty-one minutes. Sheffield battled back and after a series of offences from Phoenix, Sheffield had a kickable penalty and Phoenix’s replacement hooker, Rob Bourke went to the bin and Sheffield reduced the deficit to 10 points to 9 on the stroke of half time through Steve Depledge.

Sheffield came out in the second half hoping to take advantage of the extra man care of the sin-binning, but that optimism was soon dispersed when Lewis Bowman reached high to stop a pass by Phoenix over the top, but in so doing patted the ball forward. The referee sent Lewis to the bin sand the sides were equal again, but the momentum was going in Phoenix’s direction. With fifty minutes gone, Sheffield had s scrum on their 10-metre line, but knocked on as they tried to move the ball wide, and Phoenix broke away to score close to the posts through scrum half Sam Pocklington. Replacement fly half Sam Brooke converted and Phoenix led by 17 points to 6 after fifty-one minutes. Phoenix grew in confidence and were pressuring Sheffield’s embattled defence and with fifty-eight minutes scored with a try through the pack and a driving maul, through hooker Will Hollings. Sam Brooke added the conversion again and the lead was out to 24 points to 9. Then as the match moved into the last ten minutes, Sheffield decided to wake and try and salvage the situation. Sheffield endeavoured to hang on to the ball and keep possession and when they were awarded a free kick at a Phoenix scrum just inside Phoenix’s 22-metre, they mounted an attack on the Phoenix try line with the ball moving swiftly from the right to the left where hooker, Tobi Ademakin crashed over to score Sheffield’s first try. Steve Depledge could not convert from the touchline, but Sheffield had reduced the deficit to 24 points to 14 after 72 minutes. The pressure was now all coming from Sheffield and several real opportunities came Sheffield’s way, but through a combination of error and stoic defence from Phoenix the try line remained unbreeched. Then with time running out, Sheffield shifted the ball wide to the right where Rupert Broadly eventually found the space to score in the corner. Again, Steve Depledge could not add the conversion from the touch line and with Sheffield on the attack for the last two minutes time eventually ran out for Sheffield’s late revival, leaving Sheffield with at least a loosing bonus point, which shortly before had seemed highly unlikely.