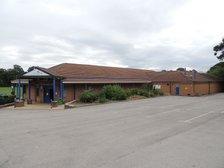 There was an air of excitement in the air for the Bankers, early October and finally about to play at the clubs new home. The Hillsborough Arena pitch wasn’t perfect but it was home!

Premier Division team Athersley Recreation Reserves travelled to the Arena looking to continue their strong start to the league, Athersley also have a tradition of doing well in the cup competitions

Manager Andy Taylor made two enforced changes to the starting 11 from the previous week with Jo Robinson & Tez Balmer returning.

The game started poorly for the Bankers as within a minute Athersley number 10 fired wide of Bankers goal. The Bankers settled and began to play some of the best football of the season, Beech was looking unstoppable with Ridall and Russell linking up well to spread the play. Impressively Bankers were committing more men forward with each attack, with Robinson making the diversion run around Beech to create space for Russell to power through and meet a fine reverse ball by Beech. Russell fired the ball across goal to meet fan favourite Rob Jerrison for his 3rd in as many games.

Against higher opposition many would have though the Bankers would have consolidated, and many would have been wrong! It was soon 2-0 as Taylor’s pin point distribution found the head of Jerrison to flick wide to Beech, Beech collected the ball and travelled inside to unleash an unstoppable strike into the far top corner! #Goaloftheseaon

It was then 3-0 when Colton was up ended down the right following some fine link up play between Joyce and himself. Beech involved again whipped in a delightful free kick to meet the head of Balmer to power into the roof of the net.

The Bankers were full of energy, pressing and creating chances whilst the defence marshalled by Jerrison stood strong. What was arguably the best 45 minutes of the season could have been undone just before the break, when Athersley won a free kick on the edge of the area. The wall was breached and Taylor was forced into action with a smart save to his right, this was followed up with a point blank leg save which former keeper Scott Dinnigan would have been proud of.

If the 1st half was all about the Bankers attacking play the second half was the flip reverse. Colton saw red in the 50th minute after he lashed out at the Athersley player due to what will now be known as “Pinchgate”.

With Tunstall carrying a knock the Bankers switched Jerrison to the right and Tunstall up top in a 4-4-1 formation.

Athersley switched to a direct approach throwing balls into the box which was either collected by Taylor or cleared away by the defence. Half chances started to creep into the game for Athersley but the Bankers still looked a threat and made chances. Tunstall wasted the best chance of the half blazing over in a one on one situation. Ridall was guilty of missing when he fired straight at the keeper, this could have been a different story if it was on his stronger foot.

The defence was finally breached when an unmarked man from a corner headed home within the 6 yard box.

The game ended when substitute Jack Roe whipped in a delightful ball for Beech to fire back across goal and Tunstall was agonisingly close to converting.

There is no doubt Colton made it more difficult for the Bankers but the fight, work ethic and spirit was clear to see that this is a club united. Joe Jerrison claimed the man of the match but it could of easily been given to any of the other 2nd half players. Balmer, Russell and Ridall all put in the their best performances of the season to.