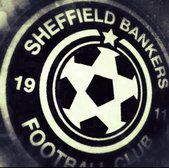 Bankers lost their first game of 2015

Bankers travelled to Barnsley to face top of the league North Gawber Colliery; who are unbeaten in the league so far.

The team was as followed:

The match was a scrappy affair; the pitch was bobbly and boggy in areas, which meant the ball travelled slowly across the ground. North Gawber looked to use their height and physicality to good effect early on. After a quick succession of corners North Gawber had the ball in the back of the net, but the referee had ruled it out for handball.

The best chance of the first half fell to Robert Jerrison. Having given their left back a torrid time in the first half, he managed to find his way into the area and, with the ball sticking to the mud, Rob still managed to turn past two defenders and create a chance to get a shot off. North Gawber’s goalkeeper had come rushing out and made the save and Rob’s rebound was cleared off the line by the North Gawber defender.

Half time came and the score remained 0-0, with nothing really separating the two teams during the first half. Matt Taylor replaced Lewis Robinson at right back during the break.

The second half continued in the same vain as the first half; the pitch cutting up even more meant that neither team were able to pass it around quickly along the floor. This resulted in a number of long balls to the strikers or down the channels.

Around the hour mark, North Gawber took the lead. Matt Taylor was adjudged to have fouled the striker just inside the penalty area and a penalty kick was given and converted. Moments later North Gawber doubled their lead. A cross from Bankers right hand side was met by the onrushing centre mid who volleyed into the net. In the build-up to the goal Matt Taylor had been blocked off and brought down as he went to close down the cross; but the ref decided against giving a free kick. This incident led to an altercation between the two teams and things got heated for a moment.

Bankers took control of the closing stages of the game and created a few chances. Richard Bartimote, who had a good game when he came on, saw an effort from the edge of the area clip the cross bar and Sami Eric also had a strike at goal after bringing down Matt Taylor’s square ball on his chest.

Bankers did pull a goal back with around 10 minutes left. A lofted ball into North Gawber’s area was met by Joe Jerrison, who managed to square it to James Fletcher. A trademark shimmy to the left gave him enough room to rifle the ball into the roof of the net. Bankers continued to press afterwards but could not find that elusive equaliser. The match finished 2-1.

This was another good team performance from Bankers and, although disappointed with the result, the team can still take some confidence going into the next game. Bankers’ are in action next weekend, away at Rotherham Town FC.