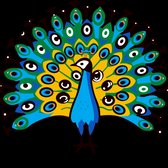 This year's AGM will take place on Wednesday 22nd June at 7pm and please find attached the Notice and Call for Nominations for the AGM 2022.

What a wonderful season of rugby following two years under Covid 19 restrictions.

The Men’s 1st XV had a superb season, winning the league (London 1 North) in style. Played 26, won 24, drawn 1 and lost 1. It should be noted that in the 5 Year Strategic Plan we made in 2021, one of our goals was promotion within 2 years! Next season they will play in the newly constituted level 5 and start laying the groundwork for our next goal – promotion to National 2.

The Women’s section have also had a tremendous season with the 1st XV losing just one game, winning their league and securing promotion to level 3 of the rugby pyramid – again a year ahead of our plan. This was also the very first season that we have fielded two women’s teams, underlining the growth that has been achieved.

The Men’s Nomads and 345 group have had a successful season, with the Nomads lifting the County Cup and the 3rd XV finishing joint top of their league, but all have frequently had games cancelled due to opposing teams failing to fulfil fixtures. Part of this may be Covid related, but the game is undoubtably suffering at present from a fall off in player numbers.

Our age grade groups, both boys and girls continue to thrive. There were also celebrations for the Colts who won the County Cup by beating a strong Cambridge team.

Huge credit must go to Will Cotterill and all members of the coaching teams Senior Men’s and Women’s, Youth and Mini, plus all their support staff who had worked tirelessly through the most difficult of times to keep the Club together and maintain match readiness throughout the Club. If you haven’t already, then please read Will’s excellent season recap here in the most recent edition of the Weekend Preview: https://online.fliphtml5.com/jqhbt/xxue/#p=1

Off the playing fields, there have been many changes within the Club. Scott Grocott was appointed Hospitality Manager in the summer of 2022 and was joined in the new year by Ian Stuart who joined as Head Chef and his pre-match lunches are already legendary amongst members and visitors. Since October, every lunch has been a sell-out with a growing waiting list.

We have our AGM on Wednesday 22nd June, which this year is a mid-week evening where we hope to attract larger numbers of members than in previous years. A key agenda item will be election and/or re-election of the Cub’s officers. Assuming that I am re-elected (and that is purely an assumption!) it is my desire to continue for just one more season as Chair before handing over the baton!
If the position of Chair is unopposed, it is intended that we will elect the Chair for 2023/24 so that he/she may shadow this position for 12 months and take over the reins next year. This is a similar process to the election of Club President in 2018. It should be noted however, that in line with the Club’s constitution, this “Chair elect” will require members’ approval at the 2023 AGM. Although election as Chair is open to all, Mikael Biard, currently Hon Secretary and Board Member, is strongly supported in his bid for this position, as well as my personal support.

Stay abreast of summer activities through the website and social media as there are many events planned including the 7s Festival on the 21st May, which was such a success last year.

I’d like to finish by saying a very big thank you to all our Sponsors, Partners, Members on and of the pitch, Supporters, Staff and Volunteers – this truly amazing season just wouldn’t have been possible without you.