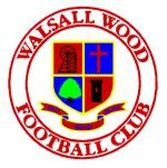 After a confident pre season campaign Shepshed Dynamo opened the Midland Football Season in a nervous fashion but eventually overcame new season nerves to open with three valuable points against a strong Walsall Wood side. Shepshed were forced into two ch

Unlike Shepshed, Walsall were brimming with the confidence which gained them promotion from the Midland Combination with a clear 15 point margin and within two minutes of the curtain raiser Shepshed keeper Ryan Thacker was alert and raced out of his box to avert the advancing Wood attack almost immediately leading goalscorer who score 21 goals in their Championships side last season Ahmet Bilgimer headed wide.

The remainder of the first half was a more balanced affair as Dynamo settled into the game in the 6th minute Keiron Davies free kick was tipped wide by Dale Faultless in the Walsall goal. Then Chaplin, Edwards and Hopewell had efforts blocked in the 18 yard box seven minutes later.

With a heavy down pour prior to kick off Ryan Thacker's long clearance skidded off the greasy surface and the first clear cut chance for Shepshed was fired over the top by Luke Edwards on fifteen minutes. Six minutes later it looked like the visitors would take the lead when Lewis Taylor - Boyce was clear through on the left hand side his shot was saved by Thacker and Thacker reacted to his rebound header to make a double save and then Bilgimer fired into the net from an offside position. Four minutes later Carruthers who had been a threat down the right hand side fired wide.

Both sides had further chances to open the score in the first half with Chaplin and Edwards efforts blocked on 27 minutes and again both had efforts 5 minutes later. In the 33rd minute Chaplin flicked on to Edwards whose chipped effort was cleared off the line. Walsall replied a minute later Attenborough was forced to clear and Thacker was again forced to race out of his area to clear from Forrest.

Shepshed ended the half in the ascendancy with Edwards miss kicked effort 8 minutes from the end and Joe Hopewell came the closet to opening the score with his free kick crashing back from the crossbar and Luke Edwards firing over the top from the rebound.

After a nervy first half Shepshed settled in the 2nd half within two minutes of the re-start Hopewell fired over the top and four minutes later from Davies corner Chaplin headed over the top. Walsall Wood were not going to relinquish the game and Chris Gray deflected header from a free kick skidded to the free Cooper but on the wet surface he couldn't avert the handball. Bilgimer was then the threat but Attenborough was equal to the challenge.

In the 56th minute Davies and Chaplin again combined but his header again was wide, three minutes later Edwards and Chaplin linked together but Chaplin's effort as blocked. Davies then went down the right and his effort was deflected wide in the 61st minute.

Walsall Wood were reduced to ten men in the 69th minute after a foul on the edge of the box and after consulting the assistant referee the match official produced the red card for his second bookable offence to Shawn Boothe from the resulting free kick Hopewell fired wide.

Shepshed opened their Midland Football Alliance account on the 75th minute after Edwards effort was blocked the ball fell to Joe Hopewell just outside the box his fierce shot flew passed Dale Faultless into the net.

Walsall didn't give up Lewis Taylor Boyce fire into Thacker. After this Shepshed calmed the game down and looked for a further goal with no avail Edwards effort was forced wide by Faultless 8 minutes from time and two minutes later Faultless raced out to stop Edwards again.

The final two chances of the game fell to the visitors with Andre Gonzales firing wide 5 minutes from time and then in the fourth minute of injury time Gonzales effort was saved by Thacker.

This was three valuable points from the first game of the season for Shepshed Dynamo in front of the Highest attendance in the Midland Football Alliance on the day of 144 against opponents in Walsall Wood who will be a tough side for most to come up against this season.