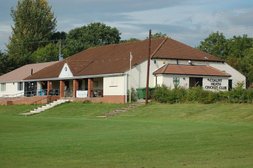 By Adam Geddes
6 days ago
Share via
FacebookTwitter
https://www.pitchero.com/clubs

Exceptionally close win for a Shire team on the turn.

With momentum rolling after the win against Bradley Stoke last week, Shire 1s travelled to a scorching Coalpit Heath looking for the third win of the season. John Stilwell won the toss and chose to bat, backing his batsmen to put up a score on a low and slow track.

They did not disappoint. Gareth Nichols and Harvey Summers built a strong base to work from in the early overs, showing their experience and maturity. This allowed space for Aiden Kee to push onward, scoring an exceptional 61 not out supported by clever cameos from David Austin, John Stilwell and Charlie Shortman. Shire were eventually all out for 169 with just one ball remaining.

With a score to defend, the 1s went out into the heat with high hopes. Tom Rogers and Aiden Kee opened up with the ball, bringing their fiery brand of pace bowling and causing trouble for the Coalpit Heath bowlers early. They survived the opening salvo with a wedge of defiance and luck, surviving edges into space, lbw appeals and balls literally bouncing off of the stumps.

Lewis Palmer eventually got the breakthrough, picking up the first wicket with an excellent caught and bowled he grabbed off of his shoelace with one hand. He made the most of this opened end as he picked up 3 more wickets in quick succession with increasingly exceptional balls pitching outside off and sneaking through the gate to remove the bails.

Charlie Shortman followed up with another smart caught and bowled from his end, leaving Shire very much on top. But Coalpit Heath were not done. Their number 5 and 7 dug in defiantly and batted extremely well, doing what they could to keep up with the rate while maintaining their wickets against tight and dangerous spells from John Stilwell and James Hole.

With a few overs left in the game John turned back to his pace-men and was rewarded as Tom Rogers bent back the no.5’s off stick with a screamer of a ball in the 40th over. Yet still Coalpit Heath kept coming and, courtesy of some big shots and some very tight running, they made it to the last over needing 9 runs to win. Hero with the bat Aiden Kee came on to bowl the final six and did so exceptionally, finishing the over with 3 dot balls.

In a season where luck hasn’t always gone Shirehampton’s way, this was a win of grit and attitude more than anything else. Despite a couple of fielding blunders in the late stages, decisions that didn’t go our way and luck seeming to be on the side of the batsmen, Sirehampton kept their heads up, remained (mostly) calm and were able to stay strong in the clutch and pull through.

This game was proof that a positive mindset along with strong leadership and examples set by the senior members of the team can work wonders, as Shire 1s press onwards with rolling momentum to face Pak Bristolians at home next week.