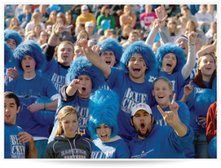 Great win for the youth players of the club

Shoreham FC U18s Bostik side traveled to Wick FC's ground last night to play Bognor Regis FC in the Bostik League South.
Both teams were evenly matched throughout the game which was end to end action. A first half goal came from a well-worked piece of play which enabled Amir Zarei to slot the ball home. Shoreham went in 1-0 up at half time.
The second half was much of the same as the first half but Shoreham took their chances and sealed the win with a great chip over the keeper from Charlie Britton.
Managers, Paul Sargent and Lee Thomson said the whole team done brilliantly but a special mention for their performances go to:
Ross Evans
Luca Slaney
Alex Stanwell
Lloyd Hobden
Charlie Britton