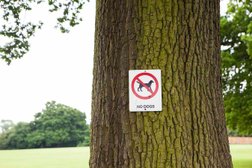 Another win on the road for Siddal NCL

Siddal produced their best all round performance of the season as the forward pack and solid defence laid the foundations for the young backs to express themselves.

The visitors started very strongly, as skipper George Ambler led from the front. Canaan Smithies, Ben Hinsley, Jack Georgiou, Danny Williams and Sean McCormack all got their hands on the ball in the opening 2 sets as Siddal dominated their opponents from the first whistle.

With the home side penned in their own 25, Siddal forced a drop out and the ball was quickly moved through Joe Martin, Christian Ackroyd and Freddy Walker who gave Henry Turner the space to put Olly Lewis over in the corner after 5 minutes for a 0-4 lead. The visitors kept up the pressure and Georgiou made a great break and looked certain to score, before being tackled on the line and an interception snuffed out the threatening position .

Against the run of play, the home hooker Cole Connolly burrowed over from dummy half after 21 minutes and Zac Baker's conversion put Mayfield in front 6-4.

Siddal's lead was restored when Smithies' trademark charge was supported by McCormack, before Ambler sent the rampaging Georgiou over the line. Joe Martin converted for a 6-10 lead after 25 minutes. Siddal continued to the meet the Mayfield challenge and Iain Davies started to gain ground with every drive. He was supported by Dom Booth who drove deep into home territory, before Danny Rushworth and Joe Martin created the space for full back Freddy Walker to run a great line straight through the Mayfield defence and touch down after 30 minutes. Another Martin conversion increased the lead to 6-16.

Mayfield were showing glimpses of attacking capability, as Luke Fowden, Mark Biggins and Lewis Butterworth were prominent, but they couldn't get through a solid Siddal defence. The first half finished 6-16 but Siddal ran riot in the opening 20 minutes of the second half. Lewis Hosty was first to touch down after 44 minutes when his determination took him past two defenders. Martin's conversion took the scores to 6-22 and a Martin penalty after Davies was impeded stretched the lead to 6-24.

It was all Siddal now and Hosty sped over again on 55 mins after more good play between half backs Martin and Ackroyd, for a 6-28 lead.

Mayfield were under severe pressure now and an Ackroyd kick on the last tackle was supported by Oliver Lewis who tackled the home winger behind the line to force a drop out. It resulted in another try, following quick hands, as Henry Turner touched down in the corner after 58 minutes. Martin hit a great conversion for a 6-34 lead.

Mayfield hit back as enterprising play from Dec Sheridan put Munya Samanyanga in the clear and he scorched over from 60 yards out. Baker's conversion reduced the deficit to 12-34 and the home side were looking to make a game of it.

The visitors' hit back on 72 minutes as McCormack burrowed over from acting half back and 4 minutes later Ambler side stepped over the line from 20 yards out. Martin improved both scores for a 12-46 lead. To their credit Mayfield ended the game strongly and showed tremendous spirit scoring the last two tries of the game for a final score of 22-46.