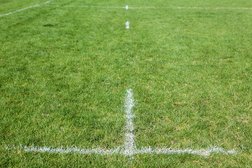 Siddal were beaten in another close game at leaders West Hull on Saturday. Once again, Siddal put in a good display but were unable to return to Chevinedge with the two points.

The day started badly, with Josh Greenwood-MacDonald injured in the warm up, which meant Zac Brennan was drafted into the squad. West Hull started strongly, forcing a repeat set straight from the whistle, which put the Siddal defence under pressure. After 4 minutes, scrum half Scott Spaven found space to touch down and Ryan Wilson's conversion, put the home side 6-0 in front.

The game was 6 minutes old before Siddal managed to gain any possession and the bad luck continued, when centre Henry Turner was injured in the first tackle with the ball and was unable to continue.

The visitors started to claw their way back into the game, with Byron Smith, Sean McCormack and George Ambler taking the game to their opponents and the back row of Danny Williams, Ben Hinsley and Jack Georgiou all working hard. They thought they had drawn level, only for a linesman's flag to rule out the try for offside. That decision was compunded just before half time, when young West Hull winger Jamie Leigh squeezed in by the corner flag to stretch the lead to 10-0.

Siddal started the second half on the front foot, with Joe Martin looking dangerous in possession and Iain Davies, Keenan Ramsden and Eddie Ainley all to the fore. Young half back pairing Jake Turner and Christian Ackroyd were growing in confidence and backs Dom Booth, Lewis Hosty and Sam Walsh were seeing plenty of the ball. Zac Brennan was defending superbly and it came as no surprise when Siddal scored their first try on 45 minutes. Ackroyd was prominent in the move and he spread the ball out wide to Ben Hinsley who found Walsh with a great pass under pressure for the winger to touchdown.

After 54 minutes, West Hull looked certain scorers, only for a tremendous tackle by Booth to deny the home side. Siddal almost drew level 5 minutes later when they penned West Hull on their line and McCormack had the ball knocked out of his grasp as he looked to ground the ball by the side of the posts. West Hull went down the other end of the pitch and scored the try after 62 minutes that put them 12 points in front at 16-4. The touch down came from a scrum in the centre of the pitch and winger Ethan Shore jinked his way through the visitors defence to squeeze over under the posts, allowing Wilson an easy conversion.

Siddal fought back once again after 67 minutes with Walsh repeating his earlier try scoring act as he touched down in the corner to reduce the deficit to 16-8. They were unable to register another try, despite putting the home defence under pressure. The visitors have another long trip next weekend, with an away fixture at Egremont, but will make the journey in good spirit following this encouraging performance.