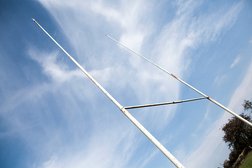 Siddal played their best rugby of the season in the last 17 minutes of their encounter with Leigh Miners, when they came from behind to run in 5 tries and secure 2 points at Chevinedge.

The home side were looking stronger in attack than in recent games. During the early exchanges, Siddal's attacking backs Joe Martin, Christian Ackroyd and Freddy Walker were all showing an intent with the ball in hand. Siddal took the lead after 10 minutes. Canaan Smithies, stole a loose Leigh ball at acting half back to gain possession in the opposition half. Danny Williams was tackled over the line, but from the resulting play, the ball was moved wide at speed for Lewis Hosty to score out wide, for a 4-0 lead.

The visitors were playing well themselves, as skipper Daryl Kay, Craig Ashall and Andy Philbin, were all asking questions of the Siddal defence. Leigh's full back Jamie King was a threat from loose play as he gathered kicks and made good yardage out of defence. Siddal were relying on backs Henry Turner, Sam Walsh and Dom Booth to run the ball back as Leigh penned the home side in their own half.

Leigh were kept at bay through determined defence led by Canaan Smithies, Jack Georgiou, Danny Rushworth and Danny Williams. The first half finished 4-0 as defences stayed on top .

Miners came out at the start of the second period in determined fashion and took the lead after 46 minutes . Lively loose forward Louie Brogan, broke out of defence and his 50 yard charge to the line was backed up by Greg Walker who touched down out wide. Tom Worthington made a great conversion as Leigh took a 4-6 lead.

Leigh were playing mistake-free rugby as they took the game to Siddal and almost extended the lead when King looked to have scored only for a touch judge to rule out the try after 55 minutes. Siddal made the most of the escape as they ran in 5 converted tries in the last 17 minutes of the game, playing some delightful rugby.

Joe Martin scored after 63 minutes and improved his try with a conversion as Siddal regained the lead at 10-6 and it was the signal for the floodgates to open, as the home side's form was sparked. Confidence started to flow and Siddal gained ground from deep inside their own half as Byron Smith, George Ambler, Smithies and Ben Hinsley made charging runs, which created the space for Martin to put Hinsley through a gap as he touched down after 67 minutes.

Two minutes later, Byron Smith and Sean McCormack made yards for McCormack to put Freddy Walker in under the posts. Miners were now struggling in defence and after 75 minutes Conner MacCallum bulldozed his way over the line from a scrum as Siddal took control.

The final play of the game saw another McCormack break supported by Christian Ackroyd who sped over from 30 yards to complete the scoring 34-6.