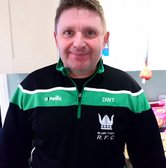 New addition to the coaching set up.

Sileby are pleased to announce that Dave Timmis has joined the coaching set up at the Vikings.

Dave will support Head Coach Leon Pohe with the first team and joins Dave Williams who looks after the forwards.

Dave has a long pedigree of coaching in Leicestershire, most recently assisting Leon at Loughborough RFC where he has been involved for 24 years! Most recently he looked after the Colts, as well as acting as the club's Welfare and Disabling Officer. He has also previously been involved with other Leicestershire clubs. Dave proudly has coached players which have gone on to represent Leicestershire, Midlands, Leicester Tigers and England u182/20s.

Dave is a fantastic addition to the coaching set up at Sileby. He will be looking to grow the playing numbers, a target that he has already had some great success with already, with Sileby attracting 6 new players since Christmas.