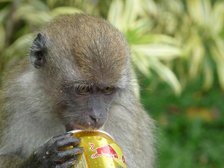 The Vikings brought a strong squad against ANZA. Several spectators found their way to the Mayflower pitch, including Vets prospect Domino, Coach Kalle, and Claus 202 and his more handsome brother.

ANZA looked to be short of a few key players, including their fast striker, but still they had several good ball players in the squad. The Vikings had a strong bench so high pressure was applied from the starting whistle. It is unclear if it was the high pressure but only after six minutes of play one of the ANZA players was substituted due to fatigue. The ANZA coach was all smiles :-)

The Vikings had most of the play and it was just a matter of time before someone would break the deadlock. Perhaps not surprisingly it was gun slinger John who after a bit of defensive ANZA misfortune slotted in the first goal.

Vikings continued the high pressure and before the water break Madsen and John added another three goals to the team tally. ANZA had a very large chance after some good dribbling but Rene got his hands on the otherwise powerful shot. 4-0 to the Vikings at the first water break.

The remaining 20 minutes of first half continued in same fashion with the Vikings constantly pressuring the ANZA players high on the pitch. The Viking defense was rock solid and the midfield worked well for each to create space. The Vikings made full use of the bench and this extra air made it no easier for ANZA. The first half ended 6-0 after a bit more Madsen and John magic.

Second half introduced more Viking subbing but with the very wide Viking squad available the team was still quality. Despite being down ANZA came out fighting and wanting to change the score. Nonetheless, the Vikings made no mistakes and kept pushing to control the game.

After a good 60 minutes of playing time John slotted in his fourth of the game. 7-0. ANZA did not give up but clearly had trouble containing the deep Viking runs. The Viking wingers and backs supported each other and several overlaps, rarely seen in Vets games, caught ANZA by surprise. One overlap run lead to a goal as a good cross over found Mark vD who with the head directed the ball into the far corner to 8-0.

The last fifteen minutes the Vikings became slightly complacent and ANZA actually had a few good runs on goal. The Viking defense had to play it safe and give away a few throw ins. Finally ANZA never managed to threaten the Viking goal. In the other end John got fouled in the box and he made the fall look very dramatic. Penalty. Goal. 9-0.

Just a few minutes before the final whistle the Vikings scored the 10-0 goal after some very nice passing game from Engaard, Mark vD, and finally Crouch who had to just had to finish the job in front of goal.

Thank you to ANZA for the fair play. And also, while we have the opportunity. Thank you for the 3-3 result against 1TM and an absolutely wonderful match report. We wish we could have been there on the sideline to experience it!

Also thank you to the Ref a good game with very few funny calls.