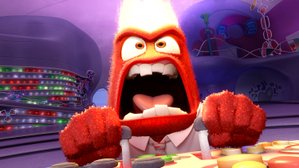 Burning hot. That was the first impression. The second impression was that the Vikings had 6-7 subs whereas Real Ale had 1-2. Considering the heat… that was a good start for the Vikings. Real Ale, however, did produce some good results in the season so no room for complacency for the Vikings.

First half
The game started with Vikings in control. Lots of good passing, which forced Real Ale to chase the ball… in the burning heat. When Real Ale had the ball they mostly tried with long balls towards their physically strong striker, who either tried to control the ball or flick it on.
Neither team created any big chances in the first ten minutes. After about 15 minutes a Viking cross into the box was chested down and a Real Ale defender went in slightly hard with a push in the back. The ref called the penalty, which looked to be fair. Van Daalen stepped up and gave the Vikings the 1-0 lead.

Real Ale continued with their very direct playing style and minutes after the Viking lead a great pass split the Viking defense and only an amazing save from Rene prevented the equalizer. The Vikings had a few decent chances to increase the lead but the shots lacked power and were saved easily by the solid Real Ale keeper.

After the water break Real Ale had luck with one of their aerial bombs flying into the Viking box. Stereo headed away but it bounced off a Real Ale head and fell down in the open space outside the reach of Rene. A Real Ale striker read the situation and was first on the ball to scoop it past Rene. 1-1.

At the very end of the first half Michael received the ball just outside the Real Ale box. Michael controlled the ball, turned on his marker, and fired a shot into the lower right corner to give the lead back to the Vikings. 2-1, which was also the score at half time.

Second half
The Vikings looked to be in best control of the game but surprisingly Real Ale had the stamina to keep pushing. Their bulky striker had good success in winning balls from Real Ale goal kicks and only good defending from the Vikings prevented him from getting shots at goal. Real Ale did manage to create a few good chances but the finishing was either off target or directly towards Rene, who had a very good day in the goal.

In the last twenty minutes the hard fighting Real Ale players, notably with very few subs, were finally showing signs of fatigue and as a result the Vikings chances started to increase in numbers. Quite a number of chances were wasted with a pass instead of just going directly for goal. The Real Ale keeper also showed good vision as he came all the way out to the edge of the box to block a, rather weak, lob.

Real Ale pushed everything forwards, which inevitably cost them in the back. The Vikings launched a counter attack and, CJ, of all people, reached the ball and ran alone towards the Real Ale goal. CJ saw a defender coming in the tackle so he dribbled into the pitch and instead the defender caught his ankle to make the penalty. Correct decision. Once again Van Daalen stepped up and increased the Viking lead to 3-1.

With approximately ten minutes Real Ale kept fighting their chance and the Vikings had to make a few freekicks in the middle of the park to slow down the game. Several free kicks came flying into the box but luckily the Viking defense jumped the highest. One of the crosses was headed away and hit a Real Ale player on the way out. Kalle, having seen Michael in a free position up front, ran forward to start a counter with a long throw in. The ball flew over the last defender and gave Michael a one on one with the keeper but then the ref blew the whistle for foul throw. A hard call but nonetheless correct as Kalle was throwing several meters ahead from where the ball rolled out. Still, in the heat of the moment, and yes it was still very hot, the otherwise calm Kalle went completely ballistic and made use of bad language towards the ref, repeatedly. The ref pulled a correct red card. We apologise to the ref for this unnecessary incidence.

Down one man the Vikings managed stay tight in defense and keep Real Ale away from any great chances. The game ended 3-1 for the Vikings.

Thanks to Real Ale for a great game. Big respect to all the players, who with hardly any subs, fought their hearts out in the almost unbearable heat. We look forward to the next battle!

Also thanks to the ref for staying in control of a competitive game. Once again apologies for the bad language.