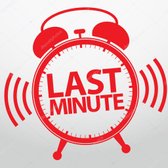 Vets in close contest against ANZA

1st Half
The Vikings looked very confident in the starting five minutes. The midfield looked solid and passed the ball around well. John and Tue created the first chance but no goal. ANZA played very well and early on managed to dispatch a few shots on goal from outside the box. These chances were pretty much created by a Viking defense that simply made too many passing mistakes in the beginning.

The game rolled back and forth and it looked to be a much harder game than expected… also considering that the most recent game against ANZA ended with a 10-0 victory.

After the water break the Vikings started to get better control of the game. Daniel made some good fast runs and Domino distributed the ball like a pro. The chances started building and after a corner John just missed the goal from a header. Generally, both teams had a poor passing accuracy so the game was not particularly pretty. The first half ended 0-0.

2nd Half
The game continued in the same manner but ANZA looked to be taking the upper hand. Their offensive passing game was very good but luckily the Viking defense always managed to stop the through balls. The Vikings kept pushing for a goal but only shortly before the water break the goal of relief came. John wrestled himself free in the box and from short distance headed in the ball from a Domino cross. 0-1 for the Vikings.

After the last water break the Vikings came out in a new and more offensive formation, with CJ on top to support John. The impact was felt instantly with many more chances being created. Both John and Tue had shots on goal and also Daniel was close to increasing the lead. CJ was holding the ball on the right wing and was allowed too much time alone. One can criticize CJ’s pace, tackling, etc… but there is absolutely nothing wrong with his passing and crossing skills. CJ made a razor sharp cross to Tue, who just had to continue his run and put the forehead on the ball. Great goal to make it 0-2.

ANZA kept fighting their chance and from a corner their big boy defender headed in the 1-2 goal. The game continued and while the Vikings had the majority of the possession it was ANZA that had the more dangerous chances, including a few more long shots which either went wide or were saved by Rene in goal.

With about five minutes to play the Vikings committed a silly free kick. The cross was headed away but landed just outside the box to the skillful ANZA midfielder who controlled the ball and hammered it into the goal net. A very nice goal indeed, unfortunately against the Vikings.

It seemed that ANZA was happy with a draw against the defending Champions as they pulled a bit back on the field. The clock was ticking…

Rafa, who played a solid game, made a long pass down the right wing. Domino went into full sprint, reached the ball just before it crossed the line, and still managed to dispatch a picture perfect cross. John had read the situation and came running as the cross flew into the box. John connected with the head…. Goooaaal! 2-3 for the Vikings with only minutes to play.

ANZA was a great opponent. Constant fighting and constant believing in getting back into the game, which the did. It seems that all teams have improved so this new season is poised to be very exciting!

Thank you to the ref for a good performance and finally to the Vikings spectators in Birch, Giraf, Kim, Jonas, and live commentator Stabell, for coming out to support the Vikings Vets!