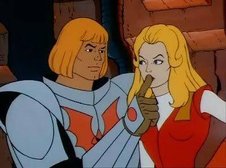 Vikings Vets in convincing performance against a strong German team

The return game against the German All Stars took place on a scorching afternoon. The last encounter ended with a convincing 5-2 victory but as per the previous match report, that final score was not quite representative.

Arriving to the pitch it was clear that GAS had rolled in a bunch of strong players, including at least a handful former Cosmo players. Luckily, the Viking Vets also had a bad ass team for the day.

First Half
The game was only a few minutes old when John controlled the ball inside the German box. John made a hard flat pass in front of goal where Marck had a chance to give the Vikings and early lead. Unfortunately Marck missed the ball, it went between his legs, which is a shame as it would have excused the picture of him shared on the chat at 03:59; unconscious on a pavement somewhere in Singapore.

Shortly after both John and then Van Daalen almost connected to a Rafa cross but still no goal. From the following goal kick the Germans midfield won the header and the silver fox up front was unfortunate not to put the Germans ahead on an otherwise nice volley.

The Vikings passed the ball around well, with lots of first time passes, and forced the Germans to run a lot. Slowly the game was pushed towards the German box and after a failed shot the ball fell down to Tim, who controlled it and fired home the 1-0 lead.

Almost during the next attack Tim received the ball on the left wing. He had plenty of room and made a perfect cross towards the back post, where John came flying to make it 2-0 with a controlled right footed shot.

After the water break the Germans managed to get more ball possession and while they had difficulties breaking through in the middle the had several decent crosses. From a free kick they managed to make an excellent header, but in the middle of goal for Rene to punch away.

Before half time, in the scorching heat, the entire bench had been subbed in. It allowed the Vikings to apply high pressure on the pitch and allowed very little space for the otherwise strong German team to play the ball around.

Just before half time Domino got free on the right wing to make a perfect cross into the box. Van Daalen was in a perfect position in the box ready to increase the lead but then Crouch came flying and headed the ball over. Crouch, 50% He-Man, 30% nude model, 20% bull dog, went crazy, like a girl that get’s mad at you because you cheated on her in a dream, but luckily he soon realised that he was a Singapore Vikings Vets, and Captain, and chilled the fuck out.

Second Half
The Vikings continued to be in full control of the game and forced the Germans to run in circles with lots of short passing. Still, the dominant possession game did not lead to any larger chances. The Germans had lots of quality on the pitch and they kept pushing, but also committed a few fouls on the way winning them two yellow cards. The German coach was very verbal and received more than one talking to by the ref. One incident was very strange though… the ball was kicked out of the field but hit an tree branch overhanging the pitch, which made the ball stay inside. Everyone expected for a throw in to be called but the ref said play on. The Vikings of course returned the ball to the Germans.

After the last water break it was clear that the Germans were suffering in the heat. Especially their defense started making technical mistakes and the Vikings were handed two or three humongous chances in front of goal… but all chance were wasted. It is worth adding that the German keeper was quality, he made no mistakes, and even blocked an open shot from John from a distance of a few meters only.

The Germans pulled further back on the pitch and Tue was allowed to shoot from 25 meters. Out on the sideline Raven immediately commented how the shot was wide and seconds later the ball dipped and hit the cross bar. Quite the eye there.

A free kick was fired into the box and cleared out on the right wing where Tim picked it up. Tim faked a left footed cross and while sending a German out for currywurst he dribbled into the box. The German defense was too slow to close him down, expecting a cross probably, but instead Tim hammered the ball into the top corner from a tight angle. 3-0 to the Vikings.

Both teams had the chances for more goals but the three points landed in the right camp. The Germans had a quality team but the Viking team on the day was just stronger. We hope the Germans can assemble a similar team against other teams, in which case their opponents will have no easy games. Good luck GAS!