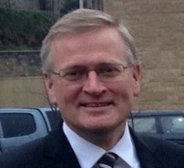 Skelmersdale United are pleased to officially announce the appointment of Dave Powell as the club's new manager.

Dave comes to the club with a wealth of experience at this level having guided Ashton Athletic from the local leagues to the heights of the North West Counties League across a four year period.

He went on to spend two years as first team coach and head of player development at Ashton United ahead of returning to management with Prescot Cables in 2011 before spells as a No 2 at Radcliffe Borough under Danny Johnson and under Shaun Reid at Warrington Town including during the Yellows' historic FA Cup run.

He was appointed manager of Burscough ahead of the 2016-17 season and starting from scratch, he built a young squad but was relieved of his duties before the new year. Dave has graced the Uretek Stadium across a number of games this season including yesterday's game against Scarborough Athletic and is looking forward to building on what has been a mixed start to the season.

Speaking to David earlier this evening, he said "As a local man, I am delighted to have such an opportunity offered to me. I will look to use the experiences from my time at Radcliffe, Warrington, Ashton Athletic and Burscough to help the club. I am looking forward working with the players and preparing for next week's game at Goole AFC."

United chairman Paul Griffiths commented " Dave is well respected by all within the non-league community and at interview expressed all of the ambitions that we as a club have to move forward. He has a strong work ethic and a healthy commitment to the job. He was hard at work within an hour of his appointment, organising players and training sessions ahead of his first game away to Goole next weekend.

Dave was a presence at the club at the start of the season, offering expertise and support to the team and board and we will repay such support by offering all the assistance he requires. As a true fan of the club,I know you will all get behind Dave and give him the lift only you as supporters can do."