850 boys and girls attended the Slough RFC Annual Minis Tournament on Sunday, this year renamed The Wynford Phillips Memorial Mini Tournament in tribute to the club’s longest serving member who died in January.

Slough Lions, one of Slough’s two U7s teams, was the most successful team for the club at the tournament, working their way to the finals after playing teams from Hillingdon, Phoenix, Old Albanians and Drifters in their pool. 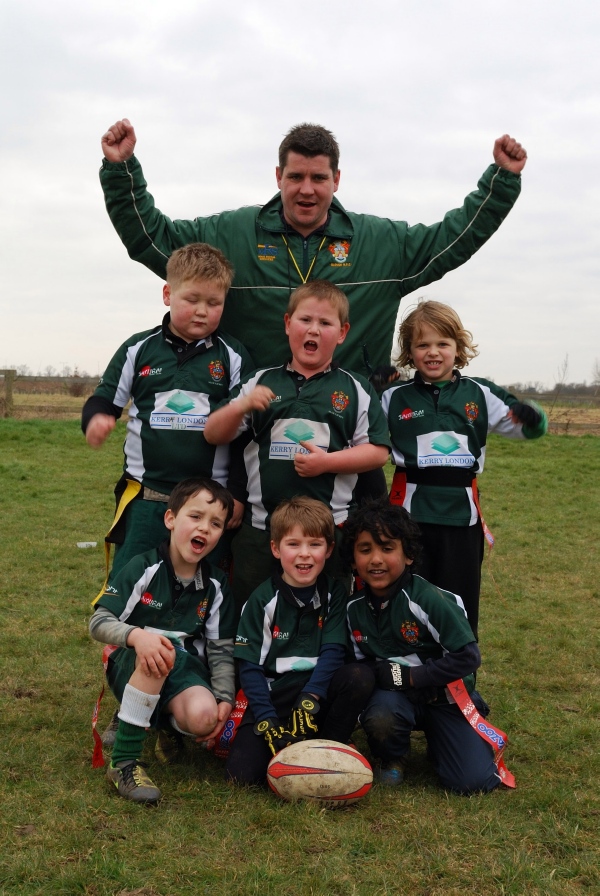 An immediate try for George Harris( captain) in the Lions opening match against Hillingdon Abbots set the tone for the rest of this game as Slough took charge running in 10 tries to Abbots’ 6 with scores from George Harris(4), Cody Rumney(4) and Alfi Harris.

An evenly matched and fast paced game against local rivals Phoenix followed with the two teams matching each other try for try until a touchdown for Henry Caldwell in the final moments of the game put Slough ahead by one point.

And a dropped ball moments before the final whistle in the Lions third game led to Jamail Alikhan raising Slough’s tally to 11 against Old Albanians 10, adding to tries from Rumney, Harris and Caldwell for another very tight win.

From the start Beaconsfield showed themselves to be the stronger team taking two tries within minutes. Slough replied with scores from George Harris and Cody Rumney but went into half time 5-3 down. The second half saw a spirited effort from Slough but a powerful Beaconsfield controlled the game, beating Slough 10-6 and winning the festival’s U7s section.

In other age groups, Slough U8s played four games against Thatcham, Chesham, Drifters and Egham, winning two and losing two and finishing 5th out of the 10 teams in their age group. Coach James Stevenson said he was pleased with how the team had played against some tough opposition; they had all had a great day and worked together as a team.

A strong Slough U9s team won two of their three games with Harry Williment, Robbie Brown and Harry Dillon all on the scoresheet in a 30-15 win over Egham in their first game. 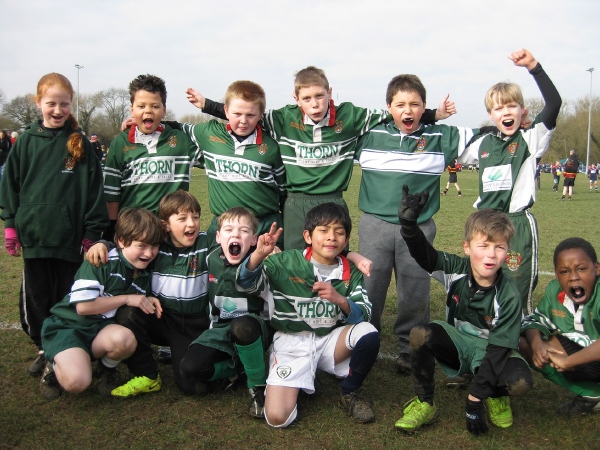 And a well played first half saw the Slough U9s team go into half time 20-10 up against Drifters in their second game before a determined Drifters team took control of the game and ran in 20 unanswered points. Alfie Spiller pulled one back for the Slough team and was set for another when the whistle blew with the try line less than 5 metres away ending this game a very narrow and painful 30-25 defeat for the young greenies.

In their last game of the day, Harry Dillon, Haatieb Jaldin and Zuriel Elum-Smith contributed to a satisfying 35-10 win over a combined Reading/ Thatcham team, finishing the day 4th out of the 8 teams in the U9s category.

Slough U12s had mixed results with a win, a loss and a draw. A very physical opening game against Pinner saw Slough down 5-0 at half time but a touchdown from Dan Harris in the second half finished this game a 5-5 draw. 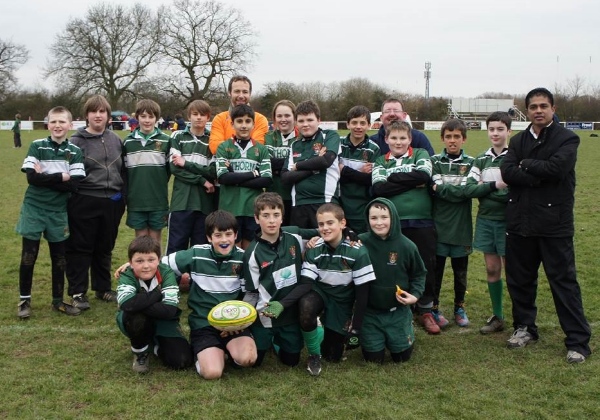 Thatcham proved the stronger team in the second game winning 5-0, while in the final game a first try for new player Zac Bouaca put the finishing touch on a 30-0 Slough victory over Ruislip. (additional- other tries scored by Megan Tilby(2), Dan Harris(2), Aran Sharma.)

Minis and Juniors Chairman Andrew Leighton-Pope said ‘ Yesterday’s Wynford Phillips Memorial Mini Tournament was a huge success. The SRFC team of volunteers and coaches did a wonderful job on a very busy day logistically at the club. Keith,Wyn’s son, was there all day and was completely overwhelmed by the day and incredibly proud of his father.’

Winners and first runners up- 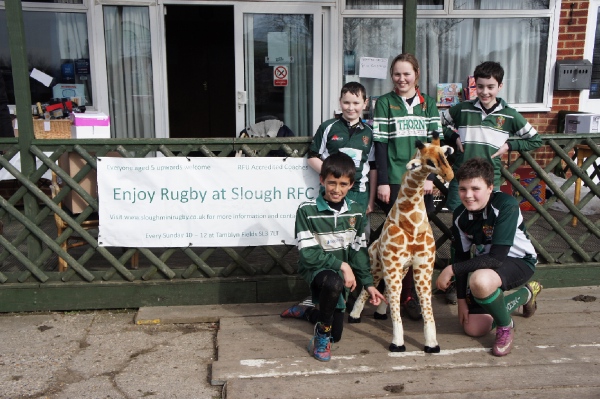