Over 600 boys and girls descended on Slough Rugby Club on Sunday to take part in the Club’s annual Mini’s Rugby festival for children aged 5- 11.

Slough U11s had a cracking day, winning 2 of the games in their pool which put them through to the semi-finals. 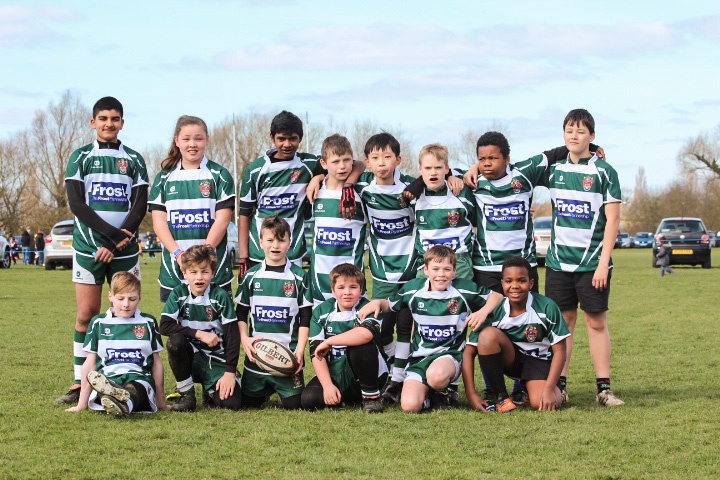 Game 1, against Old Albanians, saw the young Greenies make a strong start; Sachin Chadda and Harry Dillon scoring before half time while the second half saw Cana Williams touch down and Cristian Callero cross the line as the final whistle blew to finish the game 20 -5.

Maidenhead proved to be stronger opponents in Slough’s next game. A tough and gritty performance from both teams with Slough going into half time 5 points down. A determined Slough returned after the break with Alfie Spiller managing to break through to level the score, but with the scores level and only 2 minutes left on the clock Maidenhead caught well from a big kick on the Slough goal line and ran in 10 – 5 victors.

On to the semi-finals and Reading Sharks took charge from the off, running in three tries in quick succession; a lone try for Sachin Chadda Slough’s only reply before Reading powered over once more to complete their tally of 20 -5. Reading then playing Chesham in the final to emerge as the festival’s U11s winners.

Slough U9s won all 3 of their qualifiers, pulling out all the stops in a high scoring 6-0 win over Thatcham in their first game of the day with a brace of tries each for Henry Caldwell, Cody Rumney and George Harris. 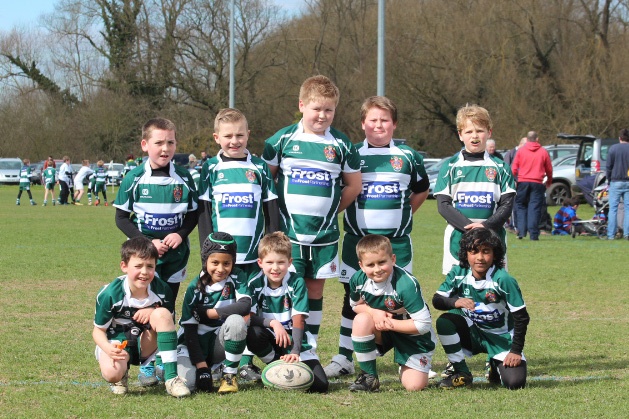 The second match was a more closely contested affair; Rhys Watkins, Isaac Sullivan and Stuart Goddard helping to clinch a 7 -5 win against Chesham before the team took their third win of the day 5 – 3 against Beaconsfield.

Unfortunately despite the greenies best efforts and tries from Harris and Caldwell, Slough lost the semi final to Old Albanians; Coach Carl Rumney commenting that all in all it had been a great performance from a very much up and coming team.

Slough U8s made a promising start to the day with Aidan Coyne touching down almost immediately after the opening whistle in their first game against Reading. However despite a try for Adam White and a Moneir Dawkins hat-trick, Reading ran out 5 -7 victors. 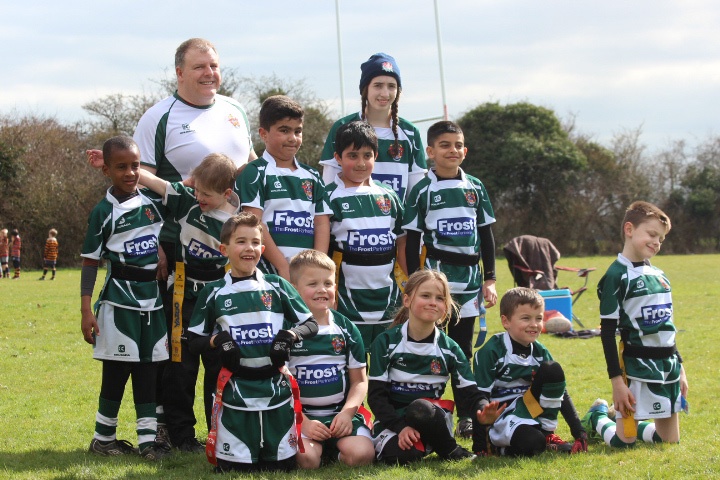 The young greenies made another quick start in their second game, Aman Chadda touching down within minutes. Unfortunately opponents Bracknell stepped it up a gear and despite further tries from Dawkins and Katie Vanstone, Slough found themselves trailing 5 – 7 again at full time.

The U8s last game was against Beaconsfield, a try for Leonardo Tadzik adding to Dawkins, Chadda and Vanstone’s tally.

Slough Rugby Club Minis and Juniors Chairman, Andrew Leighton-Pope, said ‘the 3rd annual Wynford Phillips Tournament was a huge success at Slough Rugby Club. We welcomed over 600 young players aged 7 to 11 years old from 15 clubs, with winners right across the board. I would personally like to thank all the volunteers involved who make this day a great success. ‘

Winners and 1st Runners Up of Slough Minis Festival 2015.