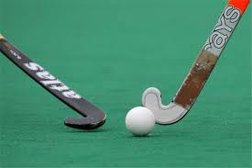 Solihull Blossomfield Mens 2s hosted Edgbaston 4s in their latest league game. Bloss started strongly and had 8 short corners in the first 20 minutes. However, none were converted and Edgbaston broke away to score a controversial goal. A second goal followed to put Bloss on the back foot at half time. Soon after, a defensive lapse allowed Edgbaston to score a 3rd goal. Bloss however didn’t give up and countered with a goal of their own through Ali Christian’s sharp finish. He quickly followed this up with a second to put Bloss firmly back in the game. Chances and pressure followed, with Al Stilling scoring the equaliser with 5 minutes left. Both teams had chances to win but it remained 3-3.