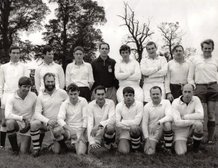 In August 1962 an advert was inserted by Mr Bill Hughes the landlord of the Beeswing Vaults in the the Leamington Courier asking for anyone interested in forming a rugby club in Southam to come to a meeting at the Beeswing Vaults (Now The Courtyard).

The first match was away v Coventry Sphinx 3rds winning in fine style 17 - 3. The team was (we think) :-

The first two and half years were nomadic with all games being played away, but then we secured the use of the ridge and furrow field, Browns Meadow, along the Banbury Road (now the Total Garage) and after the game they went on to the back room of the Black Dog. For home games the players changed in the Southam Football club garage and the baths were two old farm troughs. In the 1968/69 season the club wandered to Offchurch and secured 22 victories.

(The picture above right is from about 1968 - more pictures here ) 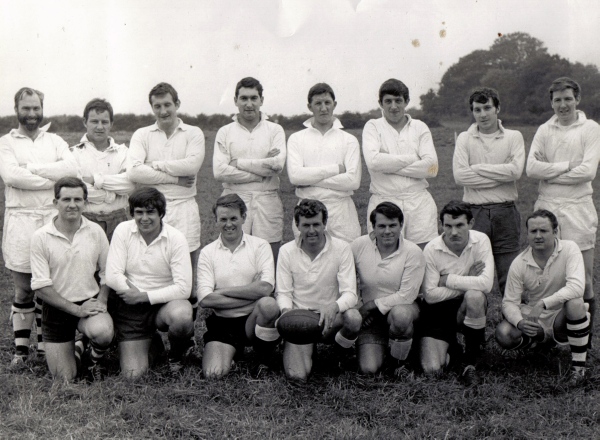