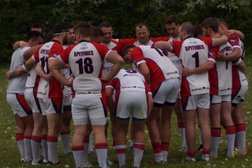 Spitfires grounded for the 2019 season

It's a sad day for the club as we cannot run a first grade for the first time in 11 seasons.
Andy Beal (Club Chairman)

At the recent AGM it was decided that the club was unable to run a First Grade side this summer due to lack of players and an increase in rising costs. The two coupled together meant it was just not feasible to continue to run the team.

Whilst the club will not be running a team in the West of England league it will be focusing on its over 35s Masters section which continues to grow. The club are keen for players who are over 35 and want to give Rugby League a go to contact Glenn Tyreman on 07737804769.

As well as the Masters the Spitfires will also be running its junior sections. Our age groups for this year will be released shortly.