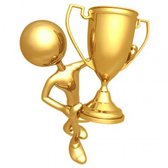 Here are this year's final set of nominations for the brand new Touch Rugby League team. With Silas Bingley racking up 123 tries he must be in the mix for one of the awards?!

Rookie of the Year Award 2014 Nominations

THE RJM Memorial Medal, Top Try Scorer, Players Player and Coaches player will be announced on the evening.

Tickets still available for this great event, contact the club for details.