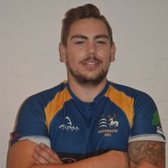 Vice Captain and Coach still to be named

Last night we hosted our club AGM over zoom, during which Sam Saterlay was voted in as the new Club Captain, and will now take charge of on field matters. As such he will be stepping down from his role as Head Coach, although he will continue to lead training alongside a team of senior players, until a new Coach is named. A new Vice Captain will also be named during the coming weeks. We would like to wish Sam good luck in his new role, and also say a big thank you to Jack Stapleton for taking charge over the last year.

In other news Johnny Eid will be taking charge of the club website and social media duties during the coming weeks, alongside his role as fixture secretary. All other committee members remain unchanged.

Thank you to everyone who attended the AGM last night and had their say on future club matters.