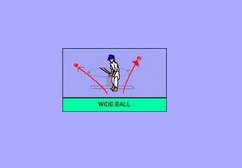 The 1st X1 started their campaign at Home vs Sawbridgeworth 2's on Saturday, with a much changed team to the last game of the 2017 (promotion) season and the result could not have been more emphatic.

Having lost the toss, The Adders were asked to take the field in unusally high temperatures for the opening round of fixtures on a dry if somewhat green looking deck. New addition Shazad Hussein (6-0-8-0) and Connor Johnson (6-0-33-0) got us off to a tight start with extras being the main contributor to the score as 'Sawbo' struggled agaisnt the new ball. At 47-0, the visitors had battled their way through our openers and were begining to look at little too comfortable despite some excellent pressure with our ground fielding.

At this point Raja Abrar (9-0-30-8!) was introudced into the attack and where the story really starts. Making the breakthrough with only his 3rd delivery, he rattled the timbers of the dangerous Jones (30) and that was a sign of things to come. Raja then went on to produce a mixture of either wides or wickets in a spell that yielded 7 out of 8 victims clean bowled and a catch from Andy Ferguson. The remianing wicket being a run out, although Raj was unlucky not take 9 with a great stumping from Craig Lyte going unrewarded before the same batsmen was run out. He could of even had 10 as Sawbridgeworth lost a player on the way over as the local constabulary had a few questions they wanted one of thier boys to answer! As legitimate cry offs go that is right up there. The visitors innings went from 62-2 to 98 all out in a blink of an eye as Raja struck time after time with Morris bowling a fairly controlled spell (9-1-23-0) from the scorebox end.

After a cracking tea, The A's set about the small but sometimes tricky low total to win. Regular openers Craig Lyte (42 not out) and Andy Ferguson (28 not out) calmed the nerves as they looked composed and largely unthreatened, finishing the job in 18 over.

There were lots of positives to take away from the game, but also room for improvement especially on the 'Wides' front. We conceeded a whopping 31 wides with Daniel Whiting doing an impression of a fledgling about to take his first flight all afternoon!!

But a 10 wicket win in a new, higher division is not to be sniffed at and a superb way to begin the season