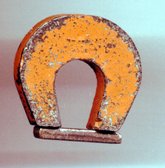 An unbeaten 111 from Peter Batty sees Milford cruise to win over Tadcaster Magnets.

The second week of this unusual season sees the first team play at home against our first established York & District Cricket League team. So this might be a good judge of how we will settle into our new league. Last week the firsts had beaten local rivals Ledsham in the season opener with a terrific bowling performance after scoring what on paper looked a rather low score. Great though the win was it did come with a big minus when last years leading batsmen Ben White managed to damage ligaments in his right leg in the most bizarre of incidents. Leaping across the wicket when swapping sides while fielding he landed awkwardly and had to be helped from the field. Sat today in front of the pavilion with a big supporting boot on his foot it looked like he wouldn’t make it back before the season ended.

It must be many a year since we played Tadcaster Magnets in a league game, certainly not while I have been scoring. Perhaps when we were in the Barkston Ash League ? I always thought they were a ‘big’ club, somewhere our better players left to go to so they could experience a better standard of cricket. So either they are not quite the force they used to be or we are better I am not sure, probably a bit of both.

The weather for today had been forecasted in the run up to be horrible, nothing but rain with the added bonus of thunder & lightning. It turned out that this wasn’t the case and though it had rained a bit in the morning by the time it came to start the match it was dry and though cloudy looked promising. Skipper Paul Hebden won the toss and decided to have a bat. The only change in the Milford side was Will Hodgekiss in for the unfortunate Ben White.

Now there are one or two strange rules we have to abide by because of the COVID-19 situation, one of them is only one scorer can sit in the scorehut but Tadcaster’s scorer took things to another stage by bringing his own table and wearing two pairs of gloves to score in, surgical gloves with what looked like batting inners over the top !!! He nearly had an eppie when I touched his water bottles as I moved them out of the way so I could open the scorebox.

Alex Ward and Pete Batty opened the batting and didn’t look too troubled by the Magnets attack. At the first break in play to clean the ball & hands they had scored 25 runs. To change things Magnets brought on Freddy Fawcett first change and he bowled Alex with just his second ball. This seemed to be just the impetus the visitors needed as the very next over veteran Steve Beales bowled Will Hodgekiss for just a single, a shame as he had looked in good touch last weekend for the 2nd team when he hit a fine 49.

A bit of rebuilding was needed by Milford but neither of the next two batsmen could keep opener Pete Batty company for any length of time. Jack Handley’s innings looked promising but he played too many ‘uppish’ shots and paid the price getting caught after scoring just 13. Joe Barr became Fawcett’s third victim when he tried to push on and the Milford innings looked to be falling apart at 84 -4 in the 20th over.

Harry Jackson came in at 6 and provided the partner Pete had been looking for. Together they started to dominate the Magnets bowling. Once Harry settled in the run rate really took off. Spinner Caden Walker taking the brunt conceding 50 runs off his 4 overs.

Pete’s half century came up in the 26th over of the game off 62 balls and Harry after been dropped in the slips when on 9 joined him 6 overs later.

Milford were now cruising and though young Magnets skipper Harry Oaten tried all his bowling options he couldn’t stem the tide of runs. The 200 came up in the 35th over and Pete’s century an over later with a trademark late cut. A really great innings with lots of lovely classic shots. Helped in no part by some poor ground fielding by Magnets.

Harry was in no part playing second fiddle to Pete and by the time the innings closed had scored an impressive 75 not out, together with Peter they had put in a 151 run unbroken 5th wicket stand. Pete finishing with ‘Nelson’ (111) and the total 234. At one stage it looked like we might break 250 but both batsmen looked a bit weary in the last couple of overs, Pete in particular getting pinker & pinker under his helmet.

I complained a bit about the teas last week and this weeks offering was a little better, a nice bit of boiled gammon joint with home grown tomatoes and lashings of English mustard on a bit of banquette. Would have gone a treat with the Cheese & Onion crisps that were still sitting on the kitchen table….. So it was not only the skipper who had forgotten something.

Good though our batting had been 235 was still less than a run a ball, which to be fair is not that hard at the small Swan Croft ground. Still my PPE equipped colleague outside the door was pretty sure it was too big a task for his team.

With the loss of last years leading bowler Joe Raynor I was wondering who would open our attack with Steve Winspear, well it was Aussie wizard Sean Nesbitt. Bowling from the pavilion end he looked to be spot on right from the off. In fact he was the first to pick up a wicket when he had Magnets opener Richard Cattle caught behind off an edge. He then backed up that by tying up the other opening batsmen, Will Walker, in knots for 5 balls then providing the coup de grace on the last ball of the over. Magnets now 23 for 2.

Winny must have been feeling left out at the other end but quickly got himself in the wickets with two Magnets batsmen falling to him. When both Milford opening bowlers were taken out of the attack after 12 overs the visitors were reeling at 34-4.

Sam Thomas replaced Winny at the bonfire end and batting hero Harry Jackson taking over from Sean at the pavilion. Initially both new bowlers were reasonably economical but neither could pick up a wicket. Sam should have had one but Steve Winspear dropped a relatively easy chance on the beck side.

As we approached the halfway point Magnets were 68 for 4 and were possibly thinking of launching an attack on the target. That plan was left in tatters though when Harry picked up two wickets in two balls. The first the wicket of Ed Day who was looking increasingly dangerous and finished as the best Tadcaster batsmen with 32.

After Harry’s blitz it looked like just a case of mopping up the remaining four wickets, sadly though bowling very tidily Sam couldn’t tease one out. His ten overs only going for 36 runs but nothing to show for it in the wickets column.

Harry picked up a third wicket in his last over, 3 for 14 not a bad addition to his batting efforts. The pavilion end seemed to be the one to bowl from today when his replacement James Bramley picked up a couple of lower order batsmen wickets. It didn’t seem that fair as he didn’t bowl as well today as fellow spinner Sam, could have given it a bit more flight perhaps ?

Winny came back on once Sam had completed his allotted 10 overs and it only required 1 ball to close the Tadcaster innings. All out for a nice round 100. A really classy performance by Milford, our depth of batting been demonstrated along with some fine tight bowling & fielding.

If we can produce all round team performances like this in the future I think we will do very well in our new league. Especially with the team missing the best batter & bowler from last season shows we are not just a one man team. A trip to Weldrake next Saturday for the first team will hopefully confirm my prediction of good times ahead.