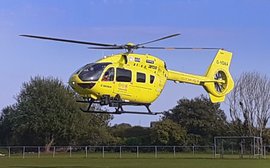 That’s the number of wickets the missing bowlers contributed last season as we faced Bilton in Ainsty.

It’s now a full month into this COVID-19 shortened cricket season and for the first time the Milford 1st team were going to be tested. The first three games were either against teams we had regularly beaten in our Wetherby League days or weren’t very good when match day came around. This weeks opponents Bilton in Ainsty didn’t fit in either category, we seldom came away victorious against them when they were a Wetherby League club and like us were undefeated so far this season.

So it was probably the worst time to have to field a side with such a weakened bowling attack. Through a combination of injury, holiday, work commitments & left over the winter we were missing bowlers who together had contributed 105 league wickets last season. That’s a huge hole to plug and though we did have bowlers playing who have taken Michelles (5 for) this season as I mentioned earlier that was against much weaker batting than we expected to face today.

A few changes in the side from last weeks win away at Wheldrake, Sean Nesbitt & Jack Handley were away on holiday and Steve Winspear was resting his foot he injured last week. Once again we were blessed with almost perfect cricket weather, the really hot temperature of the last couple of days and gone to leave a sunny afternoon with no forecast of rain.

Bilton won the toss and asked us to bat. Our now regular opening pair of Alex Ward & Peter Batty strode out. A great start for Alex with 3 boundaries off the first 7 balls probably lulled us into a false sense of confidence, the Bilton bowling then quickly settling down to a good line & length after this loose opening 5 minutes.

Runs became hard to get and we had only scored 35 runs by the end of the 10th over. Just when it seemed Milford had overcome the initial hard yards Graham Hutchison in conjunction with wicket keeper Andrew Walker we to run through the Milford opening batting. Three of our top 5 managed to edge a Hutchison delivery into the gloves of Walker to leave us wobbling at 42 for 4.

Fortunately Will Hodgkiss had managed to avoid the fate of most of his teammates, perhaps by been at the other end and with Harry Jackson, in at 6, started to compile the fight back. Not to say Will didn’t ride his luck this afternoon. He was dropped twice, first when just 12 then again on 26. The problem was that once Bilton switched to an all spin attack Will looked to have only one way of scoring and that was to try to hit it out of the park. Impressive when it came off but it meant the score only moved very erratically. Harry too was finding it hard to keep the tiles ticking over but eventually in the 29th over they had pushed us to 100.

With 10 overs left we needed some big hitting to set a competitive target and in trying to to do this Harry became keeper Andrew Walker’s fourth victim of the day when he danced down the wicket and was stumped. A nice tidy 42 but his wicket came just at the wrong time as the momentum we had started to build just evaporated away. Matty Paul couldn’t get things going again as he was quickly out LBW for just 2.

Milford skipper Paul Hebden chanced his arm and sent Liam Barlow in next, Liam is a muck or nettles batsmen and if it’s his day then he can score some quick runs. It looked like this gamble may pay off when he scored at more than a run a ball but was out by a bus ride when trying to complete a second run. Neither Liam or Will would ever be described as whippets….

Will finally reached a well deserved 50 in the 38th over when opening bowler Will Swires came back into the attack. The bit more pace on the ball suiting Will better. A couple of big overs at the end of the innings helped the Milford total to 173 with Will unbeaten on 61. Not the greatest of totals for the Swan Croft but it was defend-able if we bowled very well.

Best teas of the season so far, nice bit of boiled ham from Starkey’s the Butcher with a green salad on a fresh baguette. The accompaniment of last weeks uneaten Salt & Vinegar crisps worked well and the decision of Earl Grey tea in the flask was inspired. I am not sure if the tea intervals are shorter this year but I was still munching away when the players retook the field.

With the required run rate just a smidge below 4.5 Milford really had to start well to keep the pressure on the visitors. The top scoring batsmen from the first innings got to open the bowling, Harry Jackson & Will Hodgkiss. Of the two of them Will was proving to be the most economical but it was Harry who got the breakthru. He trapped Phil Atkinson LBW with the last ball of his third over. When Will backed him up with a wicket in the next over it looked like we might be in with a shout.

Sadly this proved to be a false dawn as Bilton young captain James Perkins played the perfect innings for the situation. Finding the boundary regularly he kept Bilton up with the required run rate and when he was joined by Ben Bartlett, on his debut, the runs started to flow.

Milford skipper Paul Hebden tried all his bowling options in an effort to stem the flow of runs and break up the batting partnership but alas no one could provide the golden ball. Spinners Sam Thomas & James Bramley bowled some good balls but these were often the exception and we couldn’t build any sustained pressure on the batsmen. James though reasonably economic never looked a threat and rarely seemed to give the ball a chance with a bit of flight. Most of his balls seemed to be pushed through a bit quicker and flat. I admit I am no expert but from what I have picked up from TMS when they picked apart Dom Bess the other day spinners have to bowl a bit slower with a bit of air if they want to cause problems.

Bilton cantered to the Milford target and it was just a question if Perkins could put the cherry on the top with a century, sadly batting partner Bartlett hit a 6 and two 4’s to win the game and leave his skipper not out on 84.

I am sure with a full strength team we can make it more of a match but today’s game certainly shows us how we need to improve if we are to advance up the new league structure. Oppositions are going to have teams with 10 or 11 cricketers rather than the 6 or 7 we have become accustomed to in the last couple of years in the Wetherby League.

Next weekends game sees us travel to local rivals Church Fenton but hopefully we will have all the regulars back and can get back to winning ways. Unfortunately with the truncated season we don’t have the opportunity to get our own back on Bilton and will have to rely on someone else beating them if we want to finish top of the division.

Probably the most excitement in the whole day happened after the match finished when at first an ambulance with lights flashing came down Mill Lane and into the football ground car park. This was quickly followed by the Yorkshire Air Ambulance helicopter swooping over the village and landing on the football pitch. There was much relief when we heard it wasn’t anything to do with any of the cricketers or spectators. Rumours had spread it was because Martin Bramley had opened his wallet the first time since the end of last season but that proved to be false. In fact after a bit the paramedics decided not to airlift the casualty and back into the ambulance they went and off to A&E.