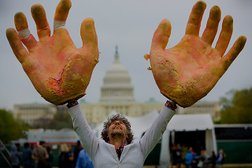 Back to Winning Ways.

The weather tried its best to stop the Milford 1st team get back to winning ways but in a rain effected match our bowling proved to be too strong for local rivals Saxton.

An unusual weekend as both teams had away matches, the 1st team at Saxton and the 2nds visiting Church Fenton. Then again it has been a pretty strange season so anything should be expected. After loosing the last two league matches the 1st team were keen to get back to winning ways away at local rivals Saxton. The form book made us very much the favourites as Saxton had yet to win a game this season and had the season been normal would have been in a lower division than us. Still you never now when you play a local derby and have a team who’s confidence had been dented a bit in the last weeks.

The weather had been mixed in the run up with wind & rain and the forecast for today was poor with heavy shower or prolonged rain expected through the first part of the afternoon. In fact the ground at Saxton was ringed by heavy black clouds when we arrived and you could see rain falling from the clouds out towards the north. Seemed only time until something similar rolled over Saxton.

A couple of personnel changes this week for the 1st team. Pete Batty & Steve Winspear away on holiday, not together as far as I know. Fortunately Jack Handley was back having been given the all clear and young Will Bramley was going to make his debut in the 1st team. The Bramley family now having the full set after his elder brothers debuted back in 2017.

Milford veteran skipper Paul Hebden lost the toss and Saxton asked us to bat, the wicket was a bit soft but overall the ground looked in fine condition. The outfield almost like a huge bowling green. Without his normal opening partner Alex Ward strode out with Harry Jackson. Harry has been having quite a bit of success with the bat this season lower down the order so it should be interesting to see if he can make the most of the opportunity opening.

Alex likewise has been in good form with the bat and was the only Milford batsmen to come away with any credit from last weeks loss to Church Fenton. Unfortunately the cricketing gods had decided today was the time to balance the books and superb delivery from Saxton captain Dan Hewer saw him out for a 6 ball duck. Almost the perfect delivery, angled in – straightening a smidge and kissing the top of the off stump. Any bowler would have been proud of that one.

Alex had only just taken off his pads when we came off for the first rain break. This lasted just 10 mins so we didn’t loose any overs. Jack Handley replaced Alex and with Harry pushed the score on to 30 when we had to come off again. This time the rain looked more serious and at times threatened to wash the game out. An early tea was taken in the hope of reducing the number of overs lost and by 3.30pm the rain stopped.

After an inspection of the pitch by every man & his dog it was decided we would re-start of 10 to 4 with the match been reduced to 27 overs per side. This meant we had 18 overs left to post something like a competitive total, something we had been struggling with lately. Much to my surprise both teams managed to manhandle the sheets that had protected the wicket without spilling the standing water on the top back onto the wicket….well done.

Harry & Jack recommenced their batting and put on a 50 partnership before Jack was out to a good low down catch by Srini Indukuri at point. This seemed to signal the mandatory Milford batting wobble as 4 more wickets fell for just 29 runs. Most of the batsmen giving away their wickets, only Matty Paul had any reason to feel hard done by when Sean Nesbitt called him through for a suicide single. The tactic of bringing on the slower bowlers by Saxton had paid dividens. The slow nature of the pitch along with a lack of pace from the bowling made run scoring difficult. Steph Robinson was the main beneficiary of the Milford wobble picking up 3 for 14 in her first 4 overs. Caught & bowled seem to be her speciality as she managed to cling on to two return shots.

Just when it seemed that our innings was going to fizzle out the experience of Sean Nesbitt & veteran skipper Paul Hebden dug us out of the hole we found ourselves in. Aggressive batting changed the tone of the innings. Some lovely straight drives from Paul and the always busy batting from Sean saw the run rate hit double figures.

Steph Robinson had been the pick of the Saxton bowling but her 7th and last over got a real pounding. Both Paul & Sean hitting huge sixes into the paddock the other side of the northern boundary. 23 runs were smacked off the over to make our score a lot more respectable, alas Sean fell on the fourth ball but his 26 off just 21 balls had given us a good chance in the match.

Hurry & scurry in the last over saw Milford all out with one ball to spare but a half decent target of 138 had been set. Paul run out on 28 off just 16 balls, a pair of 4’s & 6’s the highlight. Sadly Will Bramley marked his debut when he collected a golden duck as last man.

The lower order batting revival made sure we had set a competitive total. A required run rate of over 5 would mean we had a chance of denying Saxton their first win of the year. Our innings had showed it wasn’t easy to score quickly today. The damp track & outfield making boundaries difficult. If we could bowl tight early on would put the home team behind the run rate and create its own pressure.

This we managed to do right from the off, Sean Nesbitt & Harry Jackson opened the bowling and proved to be on the ball. Sean picking up a couple of wickets in his first two overs. Opening batsmen David Smith was the only Saxton player who could withstand the Milford bowling today and most of the time he had to watch from the non-strikers end as his team mates fell behind the run rate and struggled to read our spinners.

Much as Saxton had done Milford adopted the spin attack with Sam Thomas & James Bramley. Both picked up 2 wickets in their 7 overs, Sam the most economical today conceding just 22 runs while James was marginally more expensive with 27 runs against him.

This twin spin attack put Saxton way behind the run rate and despite the best efforts of David Smith by the 20 over mark they still on just 60 runs. Things got no better for Saxton in the last 7 overs as Sean returned to the attack to keep them pegged down and David Smith couldn’t even get a much deserved 50 by the time the innings had closed. He finished unbeaten on 43, the top score of the day. Saxton closed on 74-7 off their 27 overs.

A much better performance by Milford though there was still work to be done. The fielding was far from perfect, Martin Bramley the main culprit spilling two fairly easy chances. Martin what’s happened, you used to be ‘Bucket Hands’ Bramley ???? With three matches of the season we returned to winning ways with a fairly easy victory over one of the divisions weaker teams. With this win we move back into 3rd place but have still to play Selby & Castleford who are probably going to provide a sterner test.

PS If you were wondering it was cold smokey bacon butties with HP sauce for tea with the old favorites of Cheese & Onion crisps, though the flask of coffee was perhaps more welcome today as the temp dropped when the rain came.