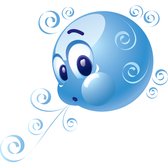 With bat, ball & in the field Harry Jackson starred in our convincing win against Castleford.

The last match in August saw us play host to the Castleford 2nd team for the first time. Should be a good guide of how we will fare in our new league as last year Castleford won promotion by been champions of Ebor 3.

Shame the weather was so poor. It was very grey with a bitterly cold NW wind, the odd spit & spot of rain dashed across the Swan Croft. This was not cricketing weather, especially in August. I was quiet glad to be in the score hut today. Unfortunately because of the COVID restrictions my colleague from Castleford had to sit outside in the breeze, I had the pleasure of watching him turn blue as the match progressed.

A couple of changes to the team which beat Saxton last week, Will Hodgkiss was back to replace Martin Bramley, Steve Winspear back from his hols and young Joe Thompson was making his debut as 1st team wicketkeeper, Alex Ward getting the opportunity to watch from the outfield how to do it properly………

The Castleford skipper Ryan Turner failed to call the coin toss and our veteran skipper Paul Hebden invited them to bat. This was probably a good call as it would only get colder as the match went on. Our visitors wouldn’t be looking forward to 40 overs in the field later on.

So Steve Winspear and Sean Nesbitt opened the attack for us and initially were pretty tight. Slowly the Castleford opening pair of Nathan Smith & wicketkeeper Luke Edwards started to find the boundary and beyond. Steve seemed to get the worse of it and by the 12th over we had the spin twins of Sam Thomas & James Bramley bowling.

James is our leading wicket taker so far this season but he was greeted by 3 sixes getting smashed off his first 4 balls. Credit to him he stuck at it and claimed the wicket of Nathan Smith with his last ball of his opening over. He quickly backed this up with a 2nd the next over.

It looked like we might be getting on top of the visitors but Gopi Chemudapati & Amir Ditta played with typical Asian flair and the scoreboard started to fly around again. By the time we reached the 23rd over the score had moved on to 141-3 and it looked like Castleford might be set for a 250+ total.

Milford’s veteran skipper Paul Hebden decided to change tack and took both Sam & James off replacing them with Will Hodgkiss and Harry Jackson. While both bowlers didn’t initially slow down the run rate crucially they took wickets. Will getting opener Will Edwards caught after he had just made a well crafted 50. He then helped Harry with his first wicket of the day. A catch he never looked favourite to make. Fielding at Mid On he chased a ball that went over his head. At one stage it looked like he might make a forlorn dive but much to his own surprise he took it still on his feet.

This double blow seemed to shake Castleford and from looking in charge of the game they lost their last 6 wickets for just 30 runs. Two run outs not helping their cause and Will & Harry sharing the remaining spoils to close the innings in the 35th over. Both picked up 3 wickets with Will just pipping Harry to the better figures with 3 for 27.

Today we didn’t seem like the same team in the field compared to last weeks poor performance. Catches were held in the tricky conditions and the ground fielding was almost faultless. Behind the stumps Joe Thompson showed how good he is, reflexes lightning fast. Initially a little nervous but once he settled in he demonstrated the talent that will take him way beyond the Swan Croft.

So at tea it was the home side that were much more pleased with themselves, after looking like having to chase a testing total we had only a middling 180 to reach.

The NW wind was beginning to bite now and you could see little clumps of players and spectators trying to find some shelter. Quiet a few of the spectators decided to call it a day and wondered off to find somewhere to warm up. The flask of Yorkshire Tea in the score hut was a life saver today and the BBQ pork & lettuce butty kept the belly full. Just for a change prawn cocktail crisps were the chosen accompaniment, maybe a little controversial to go with pork but it worked.

The Milford innings started in similar weather to what we had to suffer earlier, one or two of the Cas lads had short sleeves on which looked a bit of a poor call. Though they appeared to be in confident mood, perhaps they thought they would be only out there for a few overs.

Alex Ward & Harry Jackson opened the batting once again for us and soon settled down. I am not sure if Castleford are used to playing a small grounds like ours but young opening bowler George Gibson soon found out that you couldn’t afford to pitch it too short. Alex knocking him out of the attack after just 3 overs. He was not to return later and looked a forlorn figure the rest of the day.

Amir Ditta at the bonfire end looked more threatening but his constant castigation of his teammates whenever they fielded poorly off his bowling didn’t help the team moral.

Just as it looked like we would be celebrating another 50 opening partnership Alex chipped a leading edge back to Ditta. He picked up another couple by getting Will Hodgekiss & Jack Handley out cheaply. Will another victim of ‘Lightning McBarr’s’ finger when trapped infront. Fortunately Harry Jackson was just starting to get into the groove. On anything short or wide like a flash he was soon smashing Nathan Smith regularly to the wall.

Scratchy was what the opposition was calling Jacko’s innings but a barrage of boundaries with a series of pulls & sweeps soon shut them up. Joined by Joseph Barr for the 4th wicket he was looking more and more confident. Castleford made the fateful error of dropping Joe early on and when he hit his first trademark classy cover drive to the pavilion he never again looked in trouble.

Harry reached his 50 off 58 balls and then hit what he told me was his first ever 6 at Milford. Just as it seemed he was going to lead us on to victory he was caught deep point trying for his 2nd careerer maximum. A great knock of 76 to go along with his 3 wickets and catch in the first innings.

The momentum was now with Milford and Joe Barr took over the role of main run provider. Castleford tried all their bowling options but none were able to stop our now inevitable run to victory. Joe’s magnificent 6 over the pavilion showed our total domination. He hardly seemed to hit it, a short punch and bang it was past the pavilion and still going. Soon after the win was ours and Joe had his best score of the year 54 no.

A really excellent performance today, the team not getting their head down when Castleford looked to be running away with it early on. Once we had taken the wickets of the better batsmen we kept the pressure on the visitors. Batting too looked good, showing the depth we have at the moment. Man of the match must be Harry Jackson for his all round performance. He really seems to be getting better and better as the season goes on.