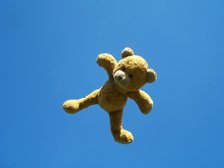 With two easy wins in the first two weeks of the season confidence was high in Milford 1st team but this Saturday’s game promised to be a much sterner test for our young side. Last years champions Sicklinghall would be the visitors today to the Swan Croft. This meant another chance for members of the Wood family to fill their boots with either bat or ball.

Looking back through the record books we have played Sicklinghall 10 times in the last 9 years and only won 3 ocassions. The Wood family have scored 607 runs against us with Andy the top scorer with 327 runs. So the odds were that if one of the four (Andy, Martin, Steve & Pete) was in the team sheet today they would play a significant part and if there was more than one we might be in a bit of bother.

The weather forecast for the day was poor, the early season has been blighted with cool & wet Saturday’s. Today was no exception with most weather apps showing an increasing chance of heavy showers as the afternoon progressed. In fact the start was slightly delayed as a brief shower meant the covers were popped on just before 1pm.

A couple of changes once again this week, Dan Reid & Billy Thompson dropping back to the 2nd team with Sean Nesbitt & Matty Paul coming in. Lady luck is still with Milford’s veteran captain Paul Hebden as he once again won the toss and for the third time in a row asked the opposition to bat.

The team sheet showed Sicklinghall boasted two Woods today, Andy & Mark, and it was Andy who along with Matt Hatherley opened the batting. Our regular bowling pair of Steve Winspear & Joe Raynor started for us and were once again right on the numbers. The early season conditions really favour seam bowling and the bowlers were on top right from the off.

Today was Steve’s day, he has had to watch others pick up multiple wickets in the opening games but this week the boot was on the other foot. He quickly dispatched Hatherley to bring Andy’s brother Mark to the wicket. Battle commenced with the brothers struggling to get a foot hole in the game. Runs proved hard to come by and in running a quick 2 perhaps the pivotal moment of the match occurred. Andy Wood had been under the knife during the winter for a knee operation and in the pre-season Betty Chadderton Cup match re-tweaked it. Turning quickly for a second run caused it once again to flare up and he was now down to one good leg.

Initially Andy tried to struggle on hoping he might run it off but he soon called for a runner. Usually this is the signal for chaos as everybody gets confused over who is doing what, there are batsmen all over the place, fielders don’t know which end to throw to and the umpires need at least two sets of eyes to keep track of the mayhem. Having said that for once everything went off calmly. Andy decided not to bother with running and started playing the big shots, Joe Raynor been the first to suffer this change of tactic, fours and big sixes saw him withdrawn from the attack after 6 overs and his replacement Liam Barlow got similar treatment.

Steve at the other end was bowling too well today to suffer the same and got Mark Wood to edge one to keeper Alex Ward with the score on 40, a fine catch by the way. It was Steve who ended what looked like another Andy Wood march to a half century or more against us when he clean bowled him. Andy trying another big shot to the wrong ball. Out for 48, does that count as a failure considering previous performances ?

The loss of Andy and the swapping of Liam for Sean Nesbitt seemed to signal the end of the Sicklinghall resistance. From 83 when Andy fell for the 3rd wicket they collapsed to 100 all out. Steve picking up 2 more wickets to finish with 4 for 34 from 12 overs but it was Sean who finished with the best numbers, 4 wickets for just 5 runs in 5 overs. Dan Ward replaced Steve at the football ground end and helped Sean clear out the tail, taking a cheap couple of wickets. This keeps him out front in the bowling stats.

Perhaps pick of the wickets was Sean’s last one which showed it was going to be Milford’s day. Zai Ali played a firm drive back to Sean which he could only parry for Liam Barlow to dive like a salmon from mid on to claim the catch. Well I say salmon, more like a tin of tuna…. (simply the best, better than all the rest).

Most entertaining moment of the innings was the reaction of Sicklinghall skipper Imran Ali’s reaction to been given out LBW, he was not happy. Our header picture was taken shortly afterwards as his Teddy took to the skies.

So for the third league match in a row we had skittled the opposition for round about three figures and in only 30 odd overs. Some of us are getting used to this but it caught out Jonny Barr preparing teas this week for his son Joe. Thinking he had plenty of time to get his sausage rolls nice and golden and scones cut & buttered he was left panicking when we rolled up the Sicklinghall innings inside 32 overs. As a results teas were a staggered affair with chicken nuggets available after the cakes, novel. Sadly the sausage rolls never made it, they now reside in the freezer for another day.

Low targets always make me nervous, perhaps I only remember the Milford batting failures over the years. Been old the memory might not be what it once was. Also I think most scorers are pessimistic, it goes with the job. Peter Batty and Alex Ward opened the batting and it was a surprise to see Andy Wood bowling. Obviously the knee could stand the stress of bowling but rapid changes of direction were beyond it.

Sicklinghall needed early wickets but the Milford openers played sensibly and kept the score board ticking over. The best chance the visitors had of coming away with anything from today seemed to be the weather which was getting greyer and greyer. If they could keep the match going perhaps the promised rain might mean the game been abandoned.

Hope briefly flickered when Andy Wood got Pete Batty caught but when they dropped Ben White third ball when he was on zero the game was pretty much done and dusted. This was the second time in the week that Ben had benefited from a big slice of luck, he was also dropped early in his innings in the Senior Evening Cup game against Kippax on Tuesday night. In that game he went on to score a fifty, giving us an easy win, and he almost matched that today. Growing with confidence after the let off, his 5 fours and 3 sixes saw us race to the target inside 21 overs. Just as well as the weather started to close in and rain started again as the last runs were been scored. Credit to Alex Ward who played the less showy role in the partnership who finished 28 not out.

Congratulations to the Milford 2019 1st team who now stand atop the division with 3 wins out of 3. Perhaps lucky with the weather and the winning of the toss in all three games but we have made the most out of these advantages and never looked like letting teams off the hook once we get on top. It will be interesting to see how we perform if we have to bat first and set a total as much of our middle to low order batsmen are yet to get a go. I am sure we will have much closer games as the season progresses, perhaps next weeks trip to Church Fenton may be a greater test.