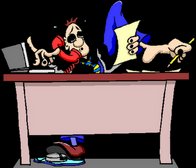 Busier Than A One-Armed Paper Hanger

After our enforced break it was back to league cricket last Saturday when the 1st team played host to current bottom of the league Scholes. Where we have been lucky enough not to drop a point, Scholes are yet to pick up any. Could they overturn the form book ?

Veteran skipper Paul Hebden was back this week but Steve Winspear was missing, apparently trying to BBQ himself in Florida. Even with Steve missing it looked a strong Milford team on paper. Normality was restored this week when Paul won the toss and he decided that we would have a bat.

The weather was a bit grey and it had been raining up to half an hour before the start but the forecast was for it to improve as the afternoon went on.

A minutes silence was taken just before the start in memory of our former President Ken Hamill who had sadly died since our last game. Ken had been president of the club for over 30 years and had been an example of how one should present yourself both on and off the pitch. He will be greatly missed.

Milford opened the batting with our now fixed opening partnership, Alex Ward & Peter Batty. Hopefully the club tour to Nottingham had not ruined the rich seam of form we had built up in the opening 4 matches of the season. Alex had hit a club high 132 last time away at Church Fenton.

Though the Scholes attack wasn't full of venom the two opening bowlers were initially tidy and after a cautious start Alex managed to feather one through to the keeper. No repeat of last weeks heroics. In fact it looked like Pete was going to go big, but just as he looked set he had a brain fade moment and set off for a 2nd run when the ball was in the fielders hand. He tried desperately to get back in but was well out I'm afraid.

Ben White coming in at three must have decided he was going for it from the moment he got out in the middle. Straight from the off it was a sucession of boundaries. Another 50 came up for Ben in just 30 balls and though he quickly lost partners in Rich Taylor & Joe Raynor started to accelerate up through the gears.

Soon the car park was the favoured fielding position as ball after ball was launched over the wall into it. Ben wasn't fussy which make of vehicle he hit, a Mercedes, Fiat, a van and even his own car got a thump. He raced to his maiden hundred of the season in just 57 balls.

Scholes seemed clueless over what to do faced with this onslaught, Joe Barr at the other end was keeping the tiles moving as well, though playing a more classic innings. Poor Chris Roberts was brought on to bowl and Ben dispatched him for 26 in 5 balls. There was no stopping Ben now and his 150 arrived in just 84 balls. Milford now well over 200.

Just when it seemed Ben might threaten the long standing batting record of Brian Walton in the Wetherby 1st division he sadly missed a straight one and was bowled for 162. A magnificent performance, 15 fours and 11 sixes in his innings.

Joe Barr was out soon after, picking out a Scholes fielder with laser precision. But if Scholes thought that would signal an end to the torrent of runs they were mistaken. Usually it is Sean Nesbitt who makes the tiles on the scoreboard wizz round but today it was his batting partner Liam Barlow who set the pace. Brutal slogging with the occasional proper cricket shot thrown in for good measure saw him race into the 40's as the innings drew to a close. With one over left it looked like he might be left stranded on 45 when he could only manage a single of the first ball but much to his relief he was back on strike 2 balls later. With a ball to spare he collected his first 50 for the 1st team. A fantastic effort and one that left us on 337 for 6 after our 45 overs. Wow.

It was the Wards turn for teas this weekend and they roped father Brian in as chief cook & bottle washer. A fine spread he produced, even some of the sausage rolls that Jonny Barr had failed to get cooked at our last home game were finally presented. They must have been alright as they had all gone by the time I got down to the tea room. The sandwich & savouries were the star, Brian’s bakery skills need a bit of polishing. Perhaps I over did it a bit with the onion in vinegar on my beef sandwiches, could keep tasting it all way through the second innings.

Presented with the daunting target how would Scholes bat ? In total for the season so far they had only scored a total of 321 runs, so it would have to be a big improvement to even get to the stage where they qualified for a batting point (75%).

A funny thing, every scorer I have met that has been in the job for any length of time seems to become deeply pessimistic. They always expect their team to do badly all the time. It seems you never remember the wins only the days where your club couldn’t play cricket if their life depended upon it. As a result you are always expecting that batting collapse or sudden flurry of runs off the bowling at any time. You never relax until the last wicket is taken or the final run is scored. Personally I always feel relieved when we get past 34, the lowest Milford score I have ever recorded and when the 10th wicket is taken relax a bit, having seen some mammoth last wicket heroics to save games or deny us the win. Second innings are the worst, I would love to be able to skip to the last page to see how it ends so my hopes or fears don’t become too great. No wonder I drink……

Scholes having seen how easily we seemed to find the boundary rope decided they were going for it from the off, both openers Mark Sirrell & Scott Smith deciding that singles weren’t going to be enough and boundaries were the order of the day. Mark wasn't that sucessful getting tied up by Dan Ward but Scott found Joe Raynor much to his liking. It wasn't till he was 36 that he didn't score something other than a 4.

Milford nibbled away at the Scholes batting lineup but Smith seemed imperious, true skipper Paul Hebden was setting a very attacking field having the benefit of a huge cusion of runs, but it was a wonderfull performance. Together with James Biscombe he put on 78 for the 3rd wicket and at a rate which kept Scholes up with the required run rate. They couldn't could they ?

Dan Reid was brought on to see if a bit of spin could change things, and though his first three balls were poor he made the breakthru taking 2 wickets in consectutive balls. Alas Dan couldn't maintain a decent line & length today and was taken off after 3 overs.

Meanwhile Smith was trying to win the game for Scholes single handedly. He reached his century in 68 balls hitting an amazing 21 fours !!!! He finally perihed when trying to launch Liam over the pavilion but falling a bit short and Joe Raynor clinging on to it.

Wicketkeeper Danny Whittaker provided a bit of defiance after Smith had left the stage but it was pretty much all over and done with. Joe Raynor came back on to collect 2 more wickets and Dan Reid came back to pick up another pair. His last wicket of the day one for the highlight reel as Alex Ward finally produced a smart bit of keeping to stump Whittaker, classic spin bowling.

Dan Reid could be a real star in the first team in years to come if he can produce consistently deliveries the like of which got him his last wicket. At times he can make the ball turn corners and that puts the willies up most club batsmen. If he strings a series of decent overs together he could end up clearing a batting side out. Never scored a 10 for........

Scholes were finally all out for 222 in the 38th over and the scores pen could finally cool down. It had been a frantic game with only 4 maiden overs been bowled all day. At my age I'm not up to such frantic action. At times I felt busier than a one armed paper hanger, doing scorebook, scoreboard and trying to update Whats App for my cyber audience. Not always accurately though, odd bit of finger trouble here and there.

So the perfect record remains intact, though it wasn’t the perfect performance. Our bowling looked a bit ragged at times, perhaps if we had been facing a stronger team today we wouldn’t have been gifted so many wickets. Still you cannot argue with the total we posted and our middle order batting got some significant time out in the middle. We will need all 11 players firing at their best later this month when we play the two teams who are expected to be our biggest challenge to finish our Wetherby Cricket League story with a championship.