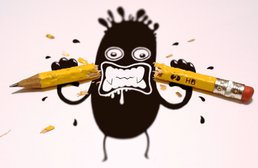 This week saw a top verse bottom match as we travelled to the other side of Leeds to play Crompark CC. A relatively new club to the Wetherby league and a venue I have only passed by in the car. The ground is situated where the old High Royds Hospital used to be. Just half a mile from what used to be the famous Harry Ramsden Fish & Chip shop. The hospital was closed & the site was sold off a few years ago. It is now a little village set in 200 acres of parkland, very nice and a great use of the old site. The cricket pitch is huge and reminded me a bit of Old Leos. There is a big old pavilion which towers above the ground which looks as solid as a bomb shelter and about as plush. Sadly it has been neglected for many years and desperately needs replacing. The pitch is almost in a little bowl with the pavilion on the west side and the A65 on the eastern boundary. As a result it has a reputation for been a bit of a sponge so it was a surprise that it was fit to play considering the rain that had fallen in the week. The weather forecast wasn’t good either, predicting rain by mid-afternoon, so it was looking like a long drive for just a point.

Our only chance would be to win the toss, bowl them out cheaply and knock ‘em off in short order to finish before the deluge. Sounds like a plan.

Quite a few changes to the team this week from the one which got rained off at Kippax, veteran skipper Paul Hebden away in Venice and Joe Barr also away on holiday. Ben White was back this week to strengthen the batting along with Alex Ward, Matty Paul also coming back into the team and making his first team debut was Jack Handley. Jack now back with the club after a few seasons away with Hillam. Strong performances in the 2nd team & Thursday night side had pushed him into stepping up.

Part 1 of the plan – win toss. Done, Alex Ward strode out to the middle and came back with the good news he had won the toss and we put them in.

Part 2 of the plan – get early wickets. Done. It was never going to be a batters day with a very damp pitch and a very humid/damp atmosphere helping the bowlers. As long as the footing was good it would be hard to score runs. The huge outfield was slow so boundaries would be scarce. Steve Winspear & Joe Raynor opened the bowling as usual and right from the off dominated the Crompark batsmen. Steve perhaps not initially finding the consistent length but Joe was spot on from the start.
Sometimes a bowler can look unplayable and going to get a wicket with every delivery, Steve had such a day a couple of seasons ago at Hillam and today it was Joe’s turn. He blasted his way through the Crompark batting attack, twice been on a hattrick ball. By the time he had completed his allowed 7 over spell he had 5 for 11, Steve also chipped in with a couple and Dan Ward also got 2 when he replaced Steve. Crompark were blown away, no batsmen having a clue how to stop the Milford attack.

Part 3 of the plan – quickly wrap up the innings. Failed. So 14 overs in Crompark were 17-9 and it looked only a minute or two away from a record club low score. Unfortunately for Milford Joe Raynor couldn’t continue as he had bowled his allowed 7 overs. Surely any bowler could pick up the last wicket. Well the Crompark batsmen were determined to show a bit of grit. Fifteen year old Ishaan Khullar, coming in at 9, and Vineet Verma defied the rampant Milford for almost an hour. Ishaan hasn’t been out yet this season and only looked troubled when Winny gave him a bit of chin music, the ball falling tantalising short of Billy Thompson at short leg. Even bringing on Liam Barlow, who had been clearing out tail enders so far, failed to get us over the line. True Verma rode his luck some of the time, he was certainly the more aggressive of the pair. As the time ticked on Milford got more and more desperate, the sky seemingly getting darker & darker with every ball Crompark survived. Dan Reid was brought on to see if a bit of spin could provide the key but sadly he didn’t bowl particularly well today. Eventually enough overs passed to allow Joe Raynor back into the attack and he collected his 6th wicket when he got Verma to pop one up to Ben White at point. A top effort from the last pair who had put on 32 runs to take the total up to 49 but more importantly lasted almost an hour which allowed the rain to get closer & closer to the ground. It would take us at least 10 overs to knock those runs off and it didn’t look like we would be granted that time with the weather. If we had taken the last wicket quickly we could have decided to have tea after the match and gone straight back on. Alas it wasn’t to be and as we walked off the pitch I am sure I could see rain falling against trees on the far boundary.

Part 4 of the plan – enjoy a nice tea. Partially. Not the worst I have ever had but a full veggie cricket tea is not ever going to rank in my top 10, plus there was only bought cakes. Once again I couldn’t resist a bit of raw onion to brighten up my cheese sandwich and then suffer the consequences afterwards…..

Part 5 of the plan – knock of the required runs in as short a time of possible. Failed. With tea out of the way and the sky getting darker & darker and drizzle starting it seemed unlikely we were going to get the win our performance deserved. Crompark’s last pair had lasted just long enough for the forecasted heavy rain to arrive. We managed 13 balls before it started to bounce down. Openers Alex Ward & Stuart Morley had managed to score 15 runs in that period but unfortunately it was impossible for play to continue. Standing water at either side of the wicket made it plain that even if the rain stopped it would be after the 17:05 cut off that the rules stipulated before the ground became anywhere near playable, more like 17:05 Sunday. So reluctantly both captains agreed to the abandonment of the game.

It was pointed out to both batsmen that they had faced enough balls for us to win if they had hit boundaries with every shot, so they were to blame for us not collecting 6 points. A strike rate of 357.1 would have done it, but not even the mighty Liam Barlow would have managed that today. Fortunately all but one of the other Division 1 matches were rained off so we are still top, though we came awfully close to getting a jump on the chasing pack, how frustrating.