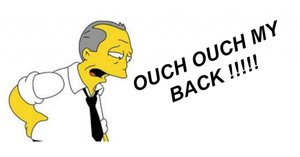 Sometimes during a season there are certain fixtures you don’t look forward to, whether that is because of the venue, the weather or the team you are due to play. Not the case this Saturday. The match was a top of the table clash against Barwick in Elmet. Barwick were just behind us in second place and like us unbeaten. It was also a home game which also helps and the weather was set to be the first real ‘proper’ cricketing weather day.

The game promised to be a real test of our ability to challenge for this years championship and with the team missing 4 recognised opening batsmen it would be interesting to see how the batting would line up. So with no great optimism I set off down to the Swan Croft. The promised weather had arrived which meant the debut of the scorers bare legs, not a pleasant sight.

As mentioned it was different looking 1st team this week with all of our opening batsmen unavailable. Stuart Morley halfway up a mountain in Italy on his bike, Pete Batty & Alex Ward also away. Harry Jackson was still on the injured list waiting on his knee to get better. Still three regular 1st teamers were back this week Joseph Barr, Sean Nesbitt and veteran skipper Paul Hebden. We had plenty of middle order batters then.

Paul kept his good run with the toss going and asked Barwick to bat, not so good news was that Barwick were at full strength today. Last week we made the perfect start with the ball and it was the same this week. Within 4 overs Barwick were reeling, our opening bowlers Steve Winspear & young Joe Raynor had them 3 down for just 6 runs. Surely it couldn’t be this easy ?

No it wasn’t going to be a repeat of last weeks remarkable bowling performance. Barwick opening bat James Ingram finally found a teammate with whom he could build a decent partnership. Overseas player Matt Davie hung around long enough to let Ingram build an 89 run 3rd wicket stand.

To be fair once our opening bowling attack had finished their spells we didn't look like taking a wicket, Sean Nesbitt was his usual neat & tidy bowler complete with onfield ball by ball commentary and neither Liam Barlow or Dan Reid could get enough control to put pressure on the Barwick batting. Dan Ward did chip in with the wicket of Matt Davie but he was replaced by Chris Harrison who put 75 runs on with James Ingram for the 5th wicket.

Eventually Steve & Joe were brought back into the attack but it didn't stop Ingram from making a fine century. A patient knock taking 134 balls. He tried to accelerate after reaching the milestone but a fine low down catch from Liam Barlow finally ended his innings. With Ingram out the Barwick innings seemed to deflate, where they were looking at possibly 250+ we managed to bowl them all out with 1 ball to spare for 219. Winny getting 4 for 45 and Sean coming back to pick up three for 29 as he cleaned out the tale.

Very much a see-saw innings, at one stage we looked like we might be chasing less than 100 then possibly Barwick were going to set a very imposing target then we pegged them back taking the last 5 wickets for just 50 runs.

This weeks teas were provided by the Handley family, over the years some of their teas have gained legendary status. The hot Indian buffet is one that sticks in the mind, it was delicious though did lead to a few embarrassing moments in the score hut during the 2nd innings. Just as well there was no glass in the window. This years was WRAPFEST, cannot remember how many different types there were but it is certain I have never had spinach in a cricket tea before. The cake selection was just as good with lovely coffee & walnut cake and a wonderful fruit scone. Only problem today, the plates were too small……

Not sure how the opening pair was chosen this afternoon, volunteers or lottery, but Billy Thompson & Jack Handley strode out to the middle to start our reply. Granted it wasn’t till halfway through the 2nd innings that the scorer realised it was Jack, my excuse was all these young lads look the same. Tall & lean with blue helmets, come on guys do me a favour someone buy a red or green one.

The lack of experience both batsmen had of opening an innings showed and it was a very scratchy start. Jack looked the quickest to settle but Billy seemed to blow a fuse when he called Jack through for a quick single with the ball already in points hand. At least he had the decency to fall on his sword and try to get back to the none-strikers end. The Barwick total didn’t require this type of risk taking so early in the innings.

At least one Milford batsmen was coming in at his usual position, Ben White was the next to bat. The success Ben has had over the last couple of years and this season to date means he is a prized wicket by all our opponents. Every team seem to raise their game the second he reaches the wicket. This should be taken as complement. So it was no great surprise that when Aussie Matt Davie bowled him for just 13 Barwick celebrated as though they had already won the match. To be fair many of the Milford faithful might have started leaning that way too.

Jack Handley was looking more and more confident the longer he was out there. He did look a little one dimensional in his stroke play, hitting the ball back beyond the bowler. Reminded me a little of Ian Peacock (our longer serving members will understand that). It was that type of shot that led to his downfall when he hit one back to the bowler. A promising 29 regardless.

Joseph Barr was really struggling to time anything today and hardly got anything off the square, it was almost a relief when he was given out LBW to Ingram. James Ingram was having a peach of a day, success with the bat and now a wicket in his first over. Shortly after he also snaffled a catch to send Joe Raynor back to the changing room.

If this pair were to get us home Sean would have to realise that his normal pinching of quick singles was going to be hampered with Paul at the other end. Still if you hit boundaries, not a problem. Graduly this pair settled in and the run rate started to increase. Initially it was Sean leading the way but slowly but surely Paul found his timing and started reaching and clearing the rope. Nothing Barwick tried seemed to upset this partnership and whatever bowler Barwick skipper James Watford brought on had no success and couldn't stem the flow of runs.

Long before we reached the total Barwick looked a side that had conceeded the game. Paul was even dropped in the penultimate over of the game to compound the visitors misery. It was fitting Sean scored the winning runs, a fine 80 not out. Paul closed on 67 not out and somehow made it back to the changing room looking completely all in. They had put on 128 runs between them and pulled the game out of the fire.

So Milford are still undefeated and top of Division 1, this was probably the best team performance since we won the Fred Fleetwood Cup two years ago. Still it wasn't to be a dream weekend for us as the following day Barwich got their revenge when they beat us by 4 wickets in the Fred Fleetwood Cup. Saturday's efforts had proved too much for our veteran skipper Paul Hebden who after 45 overs of wicketkeeping and a match winning innings found Sunday morning he was not able to move. Wife Sue was even called in to help in raising of the undercrackers....... Socks were just a step too far.....