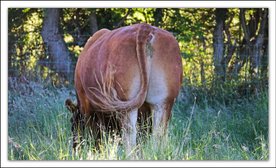 Big Jake Is Not Very Impressed

First absolute scorcher of a day this Saturday saw us play host to local rivals Church Fenton. This marks the start of the second half of the season even though we are yet to play Rufforth, blame the skewered fixtures this year. In our first game against Fenton we dominated with the bat. Alex Ward, making his 1st team captaincy debut, hit a ton and Ben White got another fifty.

Alex Ward was back this week and Charlie Bramley replaced Dan Reid as our spinner. The big loss was Sean Nesbitt, we would certainly miss his niggling bowling and effervescent batting. I think he is more of a key player for our 1st team at the moment than Ben White, who the opposition usually target as the danger man. Still there should be enough talent in the team to cover Sean’s absence.

Veteran skipper Paul Hebden couldn’t continue his excellent form with the coin and Fenton won the toss. To no one’s surprise they decided to bat, hoping 3 hours in the field cooking in the increasingly warm afternoon might take the sting out of our batting.

Winny & Radar opened our bowling as usual, Steve Winspear & Joe Raynor. Joe from the pavilion and Steve steaming in from the football pitch end. Before today this pair had taken 30 league wickets between them, Joe 17 & Steve 13. The improved weather in the last couple of weeks have done no favours to pace bowlers, wickets drying out and becoming more & more batting tracks.

Milford’s certainly suited Fenton opener Martin Charlton as he was the lynch pin of the Fenton innings. At first it was business as usual as both strike bowlers took an early wicket but when Charlton was joined by Fenton skipper Simon Willman the game turned in the visitors favour. Simon was fortunate in that he came in just as Milford were shuffling the bowlers but together with Charlton he laid the foundations for their victory. It is said that Simon is a one dimensional batsmen but if that is true then we played to his strength today. Twelve boundaries in an innings of 75, including 8 fours, showed how he dominated the Milford change bowlers. Especially poor Dan Ward, repeatedly smashing him back over the pavilion. Charlton at the other end kept up the punishment and two dropped catches when on 54 and 60 helped him. Together they put on 135 runs for the 3rd wicket and though Charlton couldn't find another batting partner once Simon was out, bowled by the returning Winny, he still scored 90 valuable runs.

Just before Charlton became another bowled by Winny it looked like Fenton might get a 250+ score but when he became Steve's 4th victim with the score on 231 for 6 the Fenton innings ran out of steam. In the last 4 overs they only managed 21 runs loosing 5 wickets in the process. Steve Winspear at last claiming a Swan Croft five for. (5 for 54)

Teas supplied by Steve Winspear this week and it was a grand spread. The new pavilion fridge/freezer helping keeping the food fresh. The chocolate cake was very moreish, and the old crowd pleaser of fruit kebab’s were on offer.

Many teams think 230-240 is an imposing score at the Swan Croft, but a run a ball is not too difficult to achieve. So Milford were pretty confident of knocking this off, even the staunchest of Fenton supporters acknowledged their bowling attack wasn’t the strongest.

At least this weekend we had one recognised opening batsmen in the team, so it was Alex Ward and Jack Handley who strolled out to start our innings. Jack has done an excellent job filling in at the top of the batting in the last few matches. A 51 in the Fred Fleetwood cup game last Sunday proved he was not out of his depth. Together they put together a half century opening partnership in decent time. Unfortunately just when it looked like they were getting on top of Fenton Alex holed out. Ben White was next in but it wasn't to be his day either and he and Jack were out within an over of each other.

Once the Milford top order was out it was a case of no one else sticking around. The middle order offered little resistance to the very average Fenton attack. Offering catch after catch, fair dos Fenton held them all. We even gifted them a suicidal run out, Billy Thompson involved in his second in two league games. There were no heroics from veteran skipper Paul Hebden this week as he edged one to the keeper trying to ensure we got a least a point from the game. Thanks to Charlie Bramley and Liam Barlow we did limp over the 176 needed for a batting point but it didn't last much longer as we were all out for 180 with 8 overs left.

A very poor performance by Milford, no wonder Big Jake in the field over the beck had long since stopped watching, wish I could have.

Obviously Fenton were ecstatic at inflicting the first Milford league defeat of the season, and the silence in the home dressing room after the match told you how much the loss hurt. The only good news was that Kippax could only manage a 5 point win against Rufforth so we were now joint top with them and Barwick are only 3 points behind. If we want our final season in the Wetherby League to a championship winning one we will have to play a heck of a lot better than today. Our reliance on the opening bowlers has to be reduced because once Steve & Joe are out of the attack we look toothless, the run rate shoots up and we start chasing the game. A tricky match next weekend away at Sicklinghall will see if we have learnt from our mistakes. At least Big Jake won’t be watching.