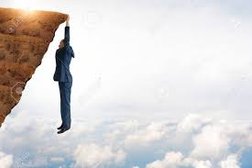 Milford Cling On In Title Race

Milford get back to winning ways but lack of depth in the bowling means we drop another point.

This weeks trip to Scholes was a bit like ‘After the Lords Mayor’s show’ after the defeat to table topping Kippax last week. It looked like an easy game for us as Scholes currently sit at the bottom of the division and have only gained one point from actual play so far. The first game between us had been a bit of a run fest with over 550 runs scored in the day. If we were to maintain any hope of becoming champions this season we couldn’t afford a slip up today. Even if we win all remaining matches we will need Kippax to slip up at least once, something that seems unlikely at the moment.

A few changes from last week with Alex Ward returning, MIA were Sean Nesbitt and Dan Ward who were replaced with Matty Paul and Liam Barlow. The weather forecast was showing possible heavy showers through the early afternoon and when we arrived at Scholes big black clouds in the distance seemed to back that up. The wicket was straw coloured which was very strange when Scholes have no covers and the week in the run up had seen quite a bit of rain.

Veteran skipper Paul Hebden lost the toss but fortunately Scholes chose to do what he would have asked them to do had he won it, bat. The memory of Crompark and the loss of 5 valuable points should motivate the team to get stuck in and get wickets asap just in case the weather effects the match.

Steve Winspear and Joe Raynor opened the bowling and it was very similar to how most of the season has gone, Joe on the money from the start and Steve needing a few overs to get zoned in. The increasingly strong wind blowing across the ground making the run up a bit tricky for the bowlers. Joe was the first to make a breakthrough getting the wickets of both Scholes opening batsmen. Not long after the second batsmen was trudging back to the pavilion everybody else joined him as a heavy squall blew across the ground. Fortunately the delay was just 10 mins, the rain moving away as quickly as it came.

The break did the Scholes batsmen the power of good as their captain Steve Cohen decided to dig in and when he was joined by Scott Smith he had the perfect foil. Smith attacked from the off finding the erratic bowling of Sam Thomas much to his liking. Another to find themselves been hit over the ropes by Smith was Liam Barlow. To be fair Liam didn’t bowl that badly and had no luck, whenever Smith mis-cued he seemed to find a gap in the field. Very frustrating. Smith’s success only spurred him on to try to slog it harder and harder and though he was a bit hit & miss the Scholes total soon starting to climb. Together with his skipper he put on 153 runs for the 4th wicket.

Once again the none strike bowling of Milford was exposed, unable to take wickets or restrict the scoring rate of the opposition. This meant during the middle third of the innings we lost control of the game. We were left chasing the ball and hoping for a batsmen to make a mistake and gift us a wicket. We have had similar periods in games the last few weeks against much better teams than Scholes and it is worrying to see it happening again.

Finally Paul Hebden, veteran Milford captain, had to recall Joe & Steve in an attempt to stop the rot. Eventually the tactic paid off as they finally broke the partnership. Smith just failing to get to his century with a 93 and Cohen a very steady 58. Fortunately for Milford the home team couldn’t push on from the fine position Cohen & Smith had left them and in the last 5 overs could only score 15 runs while loosing 3 wickets. A good fight back from Milford. Keeping Scholes to below 200 was a big psychological boost. We know they don’t have the most penetrating bowling attack so as long as we batted sensibly we should knock this off. True the wicket was perhaps the worst we had played on all year but fingers crossed we should prevail.

The teas provided by Scholes were a little underwhelming, plenty but lacking any imagination in selection. Tasteless cheese and tasteless ‘white’ meat sandwiches made from boring sliced white bread didn’t excite the pallet much. Bought sweet stuff not much better. We are really spoiled when we play at home in comparison.

The strong wind had now blown all the rain clouds away to the east and it was now lovely & sunny. A nice steady start was what was required and Alex Ward & Peter Batty seemed to be doing just that. No need to try to knock it off inside 15 overs and with the run rate well below a run a ball they could just wait for the bad ball. Just when it looked like they were starting to get on top Pete was bowled, it seemed Pete got caught in two minds trying to decide between playing it off the back foot or defending. He did neither.

Ben White came in at three and really needed a big score as he has just dropped off in form a little lately. Ben must have been watching Scott Smith’s innings as he decided to adopt the same tactics. Four sixes in his first six scoring shots plainly showed his intentions. Ball after ball disappeared over the road as Ben sprinted to 50 in just 25 balls. Yes he did ride his luck but when he is smashing the ball all over the pitch there are very few better sights.

Just when it seemed Ben was going to repeat his innings from the first game against Scholes he holed out trying another straight hit out of the ground. The bottom end boundary proving to be a little longer than the one by the pavilion. One heck of a cameo appearance. Worrying Alex Ward perished shortly after and once again the Milford batting appeared fragile. We might have been in deeper trouble had the Scholes fielder held the relatively easy catch off Jack Handley at deep square leg. That proved to be an expensive drop as Jack went on to build another match winning partnership with Joe Barr.

Jack & Joe and won the game away at Sicklinghall a couple of weeks ago with a fine 73 unbeaten 5th wicket partnership. Once again they batted us to victory, this time putting on 83 for the 4th wicket. Jack scoring the majority with another half century. He was lucky for the second time towards the end of the game when he nearly fell in the same fashion as Ben White earlier. This time the fielder unable to hang on. So with nearly 13 overs to spare we knocked off the required runs. Jack finishing on 53 and Joe 22. Well done lads.

So a 5 point win to keep us mathematically in the title race, Kippax managed to pull another point in front with a 9 wicket win against Crompark. Hopefully our bowling will be bolstered by the return of Dan Ward & Sean Nesbitt in the next week as we are due to play Barwick again and another loss would pretty much be the end of our season.