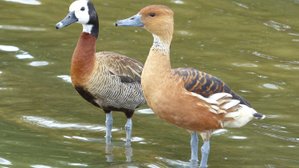 It is not often I produce a match report for the 2nd team, but with the league matches washed out on Saturday and volunteering to score for the Hare Cup semi-final the following day has given me the opportunity to put one on our website for a change.

The Hare Cup represents Milford’s last chance of finishing our last season in the Wetherby Cricket League with a bit of silverware before we head to pastures new. Our opponents were Kippax, a team the seconds also play in division 3. Honours we even in the league games played against each other. Milford winning the last match up away at Kippax, though apparently the home side were without one or two key players that day.

The Swan Croft was obviously a little on the damp side after nearly half an inch of rain on Saturday. All the weather forecasts didn’t give much hope of getting the game finished predicting the damp, grey, muggy weather would eventually turn to heavy rain after tea. A quick check of the league rules made it clear that the cup game would be 80 overs of play (if required) or the game would have to be replayed. No knocking off of overs for interruptions or calculating of run rates as per league matches.

Billy Thompson was skipper today and had the perfect start when his Kippax counterpart called the toss wrong, Billy asked them to bat. Hoping that if it stayed dry the wicket would only improve. Considering the rainfall in the last 24 hours the ground was holding up well and the leaky score box roof had held and once all the big spiders were persuaded to move on (either out the door or to spider heaven) we were ready for the off.

Billy experimented with a mix of bowling types to start the innings off, Gareth Dodson from the Bonfire end and Charlie Bramley at the other. Unfortunately Charlie got a bit of a pummelling from the Kippax opening batsmen, three overs going for 27 runs. He was replaced by Matty Paul who looked to be generating a fair bit of pace but struggling to control the swinging ball. At least one wide an over not helping the cause. Still he was a lot more economical than Charlie his four overs going for just 12 runs. Gareth made the first breakthrough with the wicket of Danny Hall and backed that up 3 overs later with a second. Bowling his allowance with no break he finished with a quite respectable 2 for 31 off 8. He brought Milford back into the match as Kippax had got off to a pretty good start, after 15 overs they were 73 for 2.

To say the Kippax innings see-sawed backwards and forwards through the 40 overs as one side got on top then the other fought back. At one stage Kippax looked set to post a challenging +200 target and the next Milford threatened to bowl them out for less than 120. There was some great cricket and some poor cricket. Easy catches were dropped by the Milford fielders and some absolute crackers were held. Billy’s diving one hander at mid-wicket might be the catch of the season so far. Batsmen, bowler and fielder were stunned when that one stuck.

Ismal Moohla threatened to take the game away from Milford but could never find a batting partner who would stay with him. The home team steadily chipped away at the Kippax middle order. Big hitting Jamie Wills completely failed to see the full toss Will Hodgekiss bowled him. Ismal was finally out for a top score of 38 by the combination of Bramley’s, there must be a collective noun for that. Charlie coming back in to the attack and younger brother Will showing the rest of the team how to hold on to a skyer at deep cover.

Once he was out with the score on 171-7 the Kippax innings imploded, Will Hodgekiss the main benefactor closing out with 4 for 32 off 7 overs. The last four Kippax wickets falling for just 8 runs to leave them on 179, a score that wasn’t out of reach by any stretch of the imagination.

Now we do get good home teas in the 1st team but they pale in comparison to those that the 2nd team have been enjoying. Todays was another fine example, supplied by the Thomas family. Two tables groaning with sandwiches, pastries, pizza, chicken pieces, cake, buns, scones, the list goes on. Magnificent. Think I might drop back to scoring the 2nds.

By the time tea was finished it was getting close to 4.30pm and most people’s weather apps were showing rain to return any time after 5. They did disagree on how heavy & for how long but it was pretty certain we would be pretty lucky if we got the match finished. The view from the score hut seemed to back up the predicted weather forecasts as the clouds seemed to get lower and the light got worse. Matty Paul & veteran batsmen Steve Korko strode out to open the Milford innings. Run rate was just a tad below 5 an over if we could get the full 40 played.

Both batsmen started pretty confidently and we stood on 26 off 5 overs. Then just as we were looking comfortable Steve cut one straight to backward point and Matty missed a straight ball. Just the pickup Kippax needed. With renewed vigour they attacked the new batsmen, Will Hodgekiss & Martin Bramley.

As the wickets fell the long predicted rain started, light at first but looking set in. Neither side fancied coming back for a replay so played through it hoping that it would pass. I am never sure who it favours when it starts to rain, probably the fielding side are most disadvantaged. The ball gets wet and it makes it hard for the bowler to grip and softens up. It is harder to run up and stood in the field isn’t very nice.

Slowly but surely Martin & Will got on top of the Kippax attack, by the 15th over boundaries were coming regularly and Milford were looking favourites, the rain had started to get heavier a couple of overs earlier and it was to no ones surprise when the Kippax appealed to the umpires about the conditions. They had a couple of little chats and finally decided to come off. At this stage Will was 19 and Martin 36.

After 30 mins of hanging round the pavilion everybody agreed the rain wasn’t clearing and if anything was heavier than when we came off. A shame as at 87-2 off 15 and both batsmen well set it looked like we may well have cruised to a win. We will now have to wait the decision of the league to see when and what format the replay will be.

Breaking News. The replayed game will be Sunday 11th August’19 at the Swan Croft and it will be the usual 40 overs a side. Start time 1.00pm.