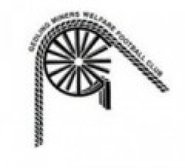 The first half was hard fought one Gedling had a one on one with the Normanton keeper in the opening minutes but Steve Smith stayed strong and pulled off a match winning save, Gedling was on top for the first 20 minutes winning most of the tackles and any shot was grateful to both sides, then on 33 Luke Crosley with an good effort after good feet found space for a shot from 10 yards but the Gedling keeper Max Demby had to make a instinctive save to his right to keep the ball out, then on 40 Mitch Slawson turned and shot from 18 yard but Steve Smith the Normanton keeper had it covered, then Normanton turned on the heat with a good ball wide to Dan Riley by Kyle Jonson, Riley beat his marker turned and hit the sweetest cross across the Gedling goal that Ash Whitt couldn't miss from 3 yard out to take Normanton in at the break one nil.

The second half started well for Normanton when Ash Whitt crossed for Dan Riley to over kick from 10 yard which deflected off Luke Crosby and looped over the keeper into the top left hand corner on 50, just after then Normanton had two chances from Ash Whitt from 18 yard, Normanton were on top early in the second half and on 65 Normanton’s Ant Fay put Normanton’s third goal in from a brilliant 18 yard free kick, Ash Whitt started the Normanton goal tally and finished it on 89 after a long ball upfield, Whitt was first to the ball and 17 yard out placed the ball into the bottom left hand corner to make it 4-0, a conciliation for Gedling on 90 when Courtney Bartley found the ball at his feet in the 18 yard box, his shot was drilled in the left hand side to make the final score 4-1, Normanton disappointed about conceading so late on but with three wins in 7 days, but you can only congatuate the Normanton team for beating top of the table Barton midweek to put Normanton into the League cup semi final, and moving up the league to 8th, winning 3 times in 8 days.

Normanton are at Home to Blaby & Whetstone this Saturday 3pm k/o,