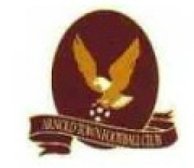 SOUTH NORMANTON BATTLE FOR ALL 3 POINTS

Half way through the season which brings a debut for Adam Kay for Normanton, A centre half with a man of the match performance, who has replaced Andrew Motteshead, and Kay was involved with the first goal which came on the 12th minute, Kay's ball to Kyle Johnson who picked the ball up in midfield played to the left hand side to Ant Fay, who's cross in to box from the left to Ash Whitt, who shot was placed into the left hand side of Arnold's net, 1-0 to Normanton, from then on the Shiners had chances but could not take them, Arnold had a couple of chances with the game being end to end, but Steve Smith the Normanton keeper was so positive it would have had to be secial to beat the Shiners keeper in this form, Normanton on top 1-0 at the break.
Ant Fay started the second half with a good inside ball from wide left to Shane newton on the edge of the 18 yard box but his shot was wide, this was still a furious game, and the more the second half went on, the more pressure piled on Normanton, and on the 66th minute the pressure paid off with a great ball into the box by Ste Cox and an brilliant half volley into the Normanton goal by Warren Hatfield to level the game, You wondered is this Arnolds day? No just two minutes later Normanton got the ball to Shane Newton who got two touches then a pass to Rob Fretwell in front of goal, who fired the ball in the the left of Arnold’s goal to put Normanton 2-1 up, the game was now end to end and on 76 Arnold get a soft penalty, Luke Smith failed to level the game, Smith hit a wild penalty over the bar, Brian Spiers hits over for Arnold on 83, the game is still fast and furious and it turned in Normanton’s favour when a clearance by Ryan Granger right up field to Shane Newton was enough for Newton to get to into the 18 yard box with a couple of touches, Newton turned and placed the ball into the opposite side of Arnold's goal to make it 3-1 on 87, then three minutes later Shane Newton ended this intense game with a brace of goals, another one on one with the keeper to end the game 4-1, which made the game look easy on paper but it was a tense thrilling game until Newton got his 2nd goal, but the Normanton celebration said it all when the forth goal deservedly went in on 90,South Normanton are at Cropston Road away this Saturday against ANSTAY NOMADS, 3pm k/o, LE77BP
SNAFC: Steve Smith, Ryan Granger, Sam Sims, Danny Roberts ©, Adam Kay, Kyle Johnson, Tom Leighton, Ashley Whitt, Robert Fretwell (80 Alex Elikker), Shane Newton, Ant Fay,Sub not used, Frazer Kirk, Chris Green, Rob Spencer, Gary Webster
ARNOLD TOWN, Ross Cherry, Alex Crossley [45 Stephen Cox], James Price, Darren Hayes, Simon Hore ©, Luke Smith, Barry Spiers, Warren Hatfield, Courtney Hastings, Craig Meakin [86 Daniel Chadwick]Subs not used, Corey Nightingale, Josh Handley, Simon Peters Motm: Adam Kay
Officials, Danny Middleton Mick Newton Frank Webster