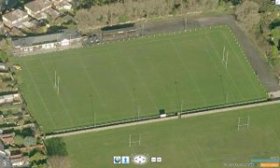 2000 – On February 5th Ian Greenhalgh scores what might well be a world record for the number of points scored in a league game, with 57 against Merseyside Police. Guinness Book of Records fails to respond!

2006/7 – The first team, captained by Shane Cook, won the South Lancashire and Cheshire Division Three title. The u9s won the Gullivers Travels Pontins Bowl. The u14s are finalists in the Lancashire County u14s Tens Festival. The u13s finish runners up to Tarleton in the Lancashire Junior Bowl at Manchester.

2009/10 – Ann Shorrock became the clubs first female president. In the close season Waterloo Road hosts the O2 Beach Rugby Tournament, the u16’s ‘Too Hot to Touch’ Beach Rugby Team winning through to the national finals at Twickenham (see Club Trivia). They become the first team from Southport to play on the hallowed turf acquitting themselves superbly to win the Plate., the prize for which was a commemorative signed England shirt now adorning the clubhouse. On 8th October the club was awarded RFU Mini & Youth Seal of Approval. A plaque is fixed to the wall adjoining the entrance to the clubhouse. The first team won through to the final of the Lancashire Plate, the first ever final of a senior competition that a first team from the club has reached, but lose to Didsbury Toc H. The u15s win the Lancashire Junior Bowl beating Liverpool St Helens at Rochdale, the u16s finishing runners-up to Ashton-u-Lyne. The club successfully hosted the Sports Tours event attracting junior teams from all over the UK for a weekend of tournament rugby in May.

2010/11 – Gareth Lang (Pugs) who has come through the ranks is elected First XV captain. John Porter, much loved Chairman, Director of Rugby and dedicated member over many years, sadly passed away in January. The u-10s win the prestigious Vale of Lune Tournament, and the Sports Tours Cup. The Junior Colts finish runners up in the Raging Bull North West League C, and reach the finals of The Lancashire Cup and the Raging Bull League Bowl. On 10th April Southport hosted the Lancashire u13, u14, u15 and u16 Lancashire Plate and Vase Finals. Mike Dale deservedly awarded the prestigious Peter A Atkinson Trophy as Lancashire RFU Clubman/woman of the Year.

2011/12 – Under the direction of Mark Astwood over the close season the clubhouse is extended and refurbished. Andrew Carney former first team fly half in the 1980’s, and father of players Charlie and Jack in the Minis section,takes over as Club Chairman. Simon Kilshaw, one of the former stars of the club, who helped to revolutionise the performance of the forwards, making them the strongest in our league for several seasons, has now taken the appointment of Director of Rugby at Southport RFC. His influence is felt by the players with an impressive team of coaches. Peter Hill, a former player, club coach and Physical Education Instructor, will be concentrating on the backs, while Mike Smith- a level 2 qualified coach-will continue to motivate the forwards. Former club chairman and Lancashire President Dick Bretherton passed away in September. Sefton Food Safety & Hygiene Agency visit Sue Astwood, Louise Dale and Pete King at the clubhouse in October to inspect the catering facilities and give 4/5 Food Standard Agency rating with every likelihood that this will be reassessed as 5/5. Certificate and Star Rating publically displayed. The club announces it is re-introducing women’s rugby in the Visiter. Phil Horner fits remounted First XV images in refurbished cocktail lounge in time for game sponsored by club benefactors Nationwide Produce PLC. Southport's new website launched on January 1st and is a resounding success in conjunction with new Twitter and Facebook Accounts. The Junior Colts win the Raging Bull NW League C. In March 2012 the kitchen is reassessed by Sefton and is awarded the highest accolade, over 250 members now signed up to the website, and new on-line shop in partnership with Kukri launched. Sunday 25th March, Waterloo Road hosted the 2011/12 Lancashire RFU Schools Finals, the warm weather encouraging a large crowd to attend from throughout the town and all over the county. The Club welcomed players, teachers and parents in their droves from Arnold, Audenshaw, Bolton, Bury Grammar, Lancaster Royal Grammar, Merchant Taylors, St Edwards College, St Marys Hall, and Stoneyhurst College Schools. Monday 26th March was the 85th anniversary of the first ever 1st XV fixture at the ground(see season 1926/27 above)- history repeated itself on Saturday 24th March with a Southport side beating a Preston Grasshoppers side, the 2nd XV winning 24-10 to secure promotion from the University of Salford NW League 4 (North). Shane Cook wins Lancashire RFU Presidents Volunteer of the Year Award. 28th April the 2nd XV win the University of Salford Division 4 (North) beating Furness 10-5 away to pip Keswick by one point. 29th April the Junior runners-up the Raging Bull NW Vase losing 17-19 to League a side Sandbach. Southport u11s and u7s win their age group cups at the Kukri Southport Sports Tours Junior Rugby Festival.

Southport Rugby Club: 139 and a quarter years of history… and more to come!