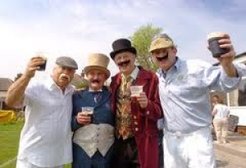 It has been mentioned in some circles that Southport RFC is the 10th oldest club in England.

However this appears to be a myth probably based on a list of rugby union clubs in the British Isles below, which excluded Public Schools as they cannot be considered clubs, published by the Athletic News in 1922 at the request of Clifton RFC which like Southport was also formed in 1872. This showed Southport as one of the tenth oldest clubs in England, and twelfth in the British Isles.

However the historian at Clifton has since established that there were several major omissions from this list. Excluding Publics Schools, clubs that no longer exist, and clubs that now play rugby league, but allowing for mergers he has come up with the correct verified dates as follows:

*The team listed as Brighton under 1869 in the earlier list may in fact be Broughton the Salford club founded in this year. Brighton, omitted from this list, is correctly included in the second list as being founded in 1868. For some reason Broughton is not mentioned. Southport Second Team will be playing in the same league as the Broughton First team in the 2012/13 season.

Sadly, this moves Southport down the pecking order somewhat to only being amongst the twentieth or twenty-first oldest clubs in England, thirty-second or third in the British Isles. Even then, as Southport was formed late in the year we are likely to be lower but notwithstanding this there is no doubt that looking through the names on the list the club is in esteemed company.

Mind you, if the merger between Liverpool and St Helens (see below) is disregarded, according to this list Southport can rightfully claim to be the oldest rugby club in Merseyside. Depending on the actual date Bolton was formed also the fourth or fifth oldest in the North West behind Manchester, Sale and Preston Grasshoppers.

Notes:
• The foundation of Guy's Hospital Rugby Club in 1843 is accepted by both the Rugby Football Union and the Guinness Book of Records, making Guy's the oldest rugby club in the world. While no contemporary documentation has survived, abundant circumstantial evidence, including a fixture card from 1883/4 referring to Guy's 40th season and the submission of distinguished officials in 1863 and 1864, confirms the date. No existing club has advanced an earlier claim.
• Dublin University also known as either Trinity College or Trinity. Formed in 1854 and not 1856.
• Liverpool were formed in 1857 but merged with St. Helens Rugby Club (founded 1919) in 1986 to form Liverpool St.Helens.
• Edinburgh were formed in 1857 not 1858
• Civil Service. Founder member of the RFU. Compete in Middx/Herts Div 1. Some lists say they were formed in 1870 which is incorrect it is 1863.
• Manchester were formed in 1860 and not 1867.
• Richmond are included even though they went bankrupt in 1999. New and old Richmond supporters, has been successful in re-establishing the club as a vibrant amateur club culminating in the ending of the administration period in May 2002. Richmond Vikings have been successful in buying the vast majority of shares in the Richmond Athletic Association, which holds the lease of the Athletic Ground comprising 7 pitches in 26 acres. This has enabled Richmond to keep the tradition alive on the grounds where the club has played rugby since 1889.
• Bath were formed in 1865 as Bath Zouaves. In fact their badge has the date 1865 on it.
• Wimbledon Hornets were formed in 1865 and appear on some lists but the club is now defunct.
• West of Scotland are Glasgow's oldest Football Club, a founder member of the SRU West and also played a leading role in establishing International Rugby by being a prime mover in organising the first rugby International (Scotland vs England) in 1871 and hosting it at it's ground, Hamilton Crescent, in 1873. They are still going strong today.
• Glasgow Hawks were only formed in 1997 the founder clubs Glasgow Accies 1866 and GHK 1982 (Glasgow High School F.P 1884 .,and Kelvinside Accies 1888) played a major role in the history and development of the Sport of Rugby Union in Scotland dating back to its inception in the 1860s. Glasgow Academicals are included but not Glasgow Hawks in the above list.
• Twickenham are still going and play at Parkfields, South Road, Hampton, Middlesex.
• North aka North of Ireland Football Club ( NIFC). Immediately after the 1st World War merged with the Cricket Club (they had been rented ground at Ormeau, Belfast to play Football since 1868) to form the North of Ireland Cricket and Football Club.
• Brighton were formed in 1868 not 1869.
• Edinburgh Wanderers FC (1868) and Murrayfield RFC (1971) merged to become Murrayfield Wanderers FC in 1997
• Preston Grasshoppers were formed on the 28th September 1869 at a meeting was held at the Bull Hotel, Preston . 'Hoppers were the First teams first ever opponents on the new ground at Waterloo Road in 1927 (see Grounds Through the Ages)and fixtures between the clubs at lower, Colts and junior level continue to this day.
• Burton Football Club was formed on 5th October 1870 and played both Rugby and Association football until 1876, when it adopted Rugby Union rules only.
• Streatham. In 1964 the club changed its name to Streatham-Croydon. Prop Jeff Probyn played for Streatham - Croydon for nearly four seasons at the end of the 1970's before representing England for the first time six years later at the age of 31 while a member of Wasps.
• Langholm. The oldest club in the Borders.
• Worcester is not included as they were disbanded between 1871 and 1896.
• Swansea are not included. Even though they were formed in 1872 (see below) it was initially formed under association football rules and converted to rugby following a decision on 17 October 1874. It is believed the first rugby game played by Swansea was against Llandovery College on 28 November 1874.
• On some records it says that Leicester was also formed in 1872. The club has it down as 1880.

For further detail visit www.cliftonrfchistory.co.uk (and we are talking detail!). Most of the above has been gleaned from here and it is great to share a year in history with such a treasure trove of information.

However, Clifton actually pre-date us having been founded a couple of months before Southport on 27th September 1872. They have an excellent Historian in Patrick Casey and his website is widely acknowledged as the largest rugby history site in the world. Well worth a visit!

We do have some links with Clifton though. The nephew of one of Southport RFC legends and past president Jack Glassberg, Jonathan Glassberg, is an old-boy of Clifton College which has close links with the rugby club. Jonathans father Eric also played for Southport. First team stalwart and minis coach Henry Brain is an old boy of the college.

As far as I have been able to ascertain to date Southport is one of fifteen rugby clubs in England and another nine across the rest of the world formed during 1872 that are still in existence:

• Southport still regularly play Bolton at all levels. The Bolton clubhouse has an original Southport FC (as we were then) fixture card on display. According to its web site Bolton was first formed in 1872 (ie 7 years before Bolton Wanderers) and was first listed in the "Football Annual" of 1874. It reads :"Bolton formed 1872, has 100 members, ground at Burnden. Which is 1 mile from Bolton station. The dressing rooms are on the ground and it plays Rugby Football. The Secretary or Manager is F H Kevan of 12 Acresfield, Bolton. The colours are Blue jerseys, socks and cap, white knickerbockers. Result of matches last season :- Won 3, Lost 3, Drew 1. Result of goals Won 5, Lost 7.
• On 15th May 2008, Southport and Yarnbury (from Leeds) held an 1872 Day at Waterloo Road with respective members donning Victorian gear playing a series of matches between sides from both clubs (see image)

REST OF THE WORLD

The ‘founding father’ of rugby (see CLUB CHRONOLOGY PRE-1872) William Webb Ellis died a bachelor in Menton, France leaving £9,000 to charitable causes including the society for the rescue of young women and children, and the residue to the widow of his brother Thomas. His tomb was rediscovered in 1958 by a local journalist and former rugby player Roger Dries and an Englishman Ross McWhirter

The first Oxford verses Cambridge game was played on 10th February. Oxford win by 1 goal to nil. This fixture became known as the 'Varsity' match.

The original Edinburgh district team played the first ever inter-district match against Glasgow, winning the match 3-0. The modern clubs, formed to compete in the Heineken Cup, now compete over two legs for the 1872 Cup to celebrate the first meeting of Scotland’s two great cities, reputedly the oldest derby match in the sport.

OTHER SPORTS CLUBS FOUNDED IN 1872

Christiana Hartley was born 1872, the daughter of Sir William Pickles Hartley who founded Hartley’s Jam the year before. In 1928 she proposed the construction of a Maternity Hospital for the town, which was opened in May 1932 (the clubs 60th year) adjoining Southport Infirmary on the other side of Scarisbrick New Road from the now built over site of the clubs second ground (see Grounds Through the Ages). Many of the clubs players over the years will have been born here. Hartley's Jam is now part of Premier Foods.

Birkdale Town Hall was built in 1872 at the corner of York Road and Weld Road. It comprised one of three distinctive Victorian buildings along with the adjoining Police Station and Carnegie Library which were demolished in the 1970s and replaced by the block of flats and parade of shops with offices above.

St Peters Church, Birkdale was consecrated in 1872, preceded by a school chapel in 1870.

The Southport Tramways Order of 1872 authorised the construction of Southport's first horse tramway. Opened on 31st May 1873, it ran from Churchtown Station, southwest to Birkdale Station, travelling via Mill Lane, Roe Lane and Lord Street and was operated by the Southport Tramways Company. It would have passed by the clubs first ground.

P Karmy & Sons established in 1872. Located in Wayfarers Arcade the owners are fourth generation Southport jewellers. Other companies formed in the same year include The Co-operative Bank and Zurich Financial Services

There is a Royal Visit to the town as the Duke and Duchess of Teck take a stroll down the Pier.

Birkdale farm School, a Roman Catholic reformatory for boys was opened at the extreme southern boundary of Birkdale township in 1872, isolated amongst sandhills. It later became known as St Thomas More's School but was closed and in 2012 was demolished for the site to be developed as a hosing estate by Bellway Homes.