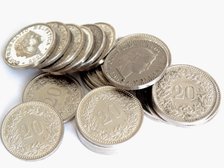 Spoof returns to the capital.

Never has such an event been so keenly anticipated. A special thanks to the Illustrious International Spoofing Body who gave special dispensation to host this prestigious event at the Southwark Rugby Club House rather than it's usual location of The Ritz. As such no expense was spared, beverages were served cold and pizza was served just above room temperature.

In addition to the usual spoofing rules it was decided that any mention of Brexit would automatically incur a port related beveraging penalty.

Our first school to utter the iconic "Gentlemen when the hands are out" was formed of Nick "I won't lie I love spoof" Rostron-Pike, with Jake "defending champion" Widdicombe, Ollie Walton, Ross, Manspider and Gareth Borer. In a tightly fought contest amid claims of cheating directed towards Ross two clear winners emerged. Jake carried his form through from "The Ultimate Spoofing Championship 2015" to top his group and waltz through to the final where he was joined by the novice Ollie Walton.

Our second school of the night consisted of Glen, Bertie, Tim H, Alex Dark, Henry Robinson and PingPong. It was rather difficult to see what was actually happening at this table as Gareth Borer (table 1) was using a smoking device which produced more smoke than an episode of Top of the Pops from the 1980's. The quality of spoof on display at this table was of a rather poor quality which was evident by the amount of Port consumed in a very short amount of time. All expert Spoof players will attest that consuming vast quantities of Port actually inhibits your spoofing ability rather than enhancing it. Bertie gets a special mention in dispatches for amassing the lowest score of the night, PingPong looked strong after 2 rounds but faded badly. Glen and Tim H looked slightly out of their depth, perhaps Gareth's hot boxing was taking effect or more likely Germany and Australia don't have a tradition of port consumption. Either way the top places were filled by Alex Dark and Henry Robinson.

The last fully contested school of the night consisted of Jack Bullen, Tunde, Stu Hammond, Tom Harris, Shrek and Natasha. Another special mention goes to the Illustrious International Spoofing Body who revoked law 13 of the Spoofing charter so that Natasha could play.

13. The game of spoof is a gentlemen's game and, as such, members of the female persuasion in general should be discouraged from spoofing. The one exception to this rule shall be on the last Tuesday before Christmas when, as their Yuletide present, said females shall be invited to show their feminine guiles in the ancient art of spoofing.

As the noise levels increased the spoofing conditions became more difficult but one voice that could be heard above everyone elses was Jack Bullens, cries of Panties and Tina Turner could be heard from all corners of Burgess Park. Impressive spoofing from Tunde and Natasha secured their places in the grand final. Stu Hammond never really got to grips with the technicalities of the game and ended up bringing up the rear and Tom Harris and Shrek settled for mid-table honours.

A dishonourable mention for Jack Bullen who was overheard to say that he had no money to buy a round of drinks after coming last. Inversion pending.

A makeshift table was arranged to accommodate Jamie O'Connor and Dr Johnson who were left out in the cold as 8ball, Mungo and Eric Clarke failed to show. In reality it was a bit of a shambles, most players had already been fined quite heavily throughout the evening and the game was pretty turgid. What started out as a school with 5 rounds was quickly reduced to 3 and then after 30mins it was revised down to a single round with Jamie O'Connor winning.

No one was really prepared for the dominant display shown by Alex Dark. It really was men against boys (and girl) as Alex won the first round outright, followed by 2nd place in the 2nd round and again 1st place in the 3rd round, a crushing 17 out of a possible 18 points. A worthy winner indeed.

No final is complete without some controversy. With the game still in it's infancy Jamie O'Connor called 6, but it seems that no one heard him. When 6 was revealed as the correct call the game descended into anarchy, no one believed Jamie, he claimed people were conspiring against him and an independent adjudicator had to be called in. After what seemed like hours of deliberation Jamie was awarded the points, some say a hint of a smile appeared on his face.

It was a great final and a great tournament. The eventual results were:

7th place - Tunde. - After a very strong first round his performance dipped as his Port levels increased.

5th place - Jake W - No repeat performance of 2015 but showed exactly why he is a fearsome Spoof competitor.

4th place - Jamie O - We will never know how much of an influence the altercation had on his performance.

3rd place - Ollie Walton - Seemed to sneak under the radar like a quiet assassin, picking up the much sought after Bic Biro prize.

2nd place - Henry Robinson - A strong all round performance, he backed himself at the beginning of the game and didn't disappoint. He walks away with the trophy base.

1st Place - Dominant performance from our Rebels Captain, the force is most certainly with him.