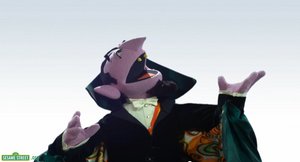 Here we are again, once more unto the breach dear friends, abandon all hope, ye who enter here.
As is the usual with our band of merry men, by the time the team train left for Dulwich on a windy October morning, not all numbers could be accounted for.
Reports of Moobs snorting gun powder off a Midget Hooker's wooden leg remain, as of yet, unsubstantiated.

Needless to say, one of our fearless leaders was absent and we all wish him a speedy recovery assuming he can dislodge his nose from aforementioned Hookers behind.

Our other fearless leader(Ping Pong) showed up purely by accident as he was on his way home from a bender where at least 4 large glasses of Chardonnay were said to have been consumed.

Ready to lead his 4 on-time troops, we proceeded to Alleynians with the hope that we would have some more players and a kit.

The team was mashed together with a combination of hope and daring, Niall "DDR"* Flannery coming to the rescue at Hooker, in his words "It's just like rear entry, gets easier the more you do it".
Having lingered too long in a lineout practice, the forwards decided to get the smallest man on the pitch(Eric) and proclaim him their lord and saviour by slotting me into Blindside Flanker.

We decided to focus on the one lineout option. This was decided when an attempt to lift me was met with derision from all sides.

Maclee soldiering on after cracking his rib in the previous game, thought he had broken his other one after I flailed and kicked on being lifted into the air.

On to The game, they came at us hard and fast early on, they had a plethora of hard running backs who seemed to be adopting the Arsenal method of trying to score tries, often our defence consisted of  standing there bemused as they threw balls over each other's heads.

Nevertheless, the threat was evident from early on.

However, I will make one curious observation on Allenyians first try:

They say it is better to have loved and lost...than to start a land war with Russia in the Winter.
The same can be said for many things, most of all turning up to Alleynians with only 15 players, even moster of all
only playing 14 of those for the first 10 minutes.

Quite as to how a team of supposedly educated people: lawyers, bankers, software developers, whatever the feck Ping Pong
does, managed to not notice the numerical inferiority is probably lost in the Southwark folklore.

They broke our line, scored and we adjusted our numbers to the full compliment.

We were back up in their faces straight away, although we seemed to be over complicating things slightly in the backline. We needed a simpler solution.

Our first try came off Ping Pong's tap n go/aim for the smallest player on their line.
This worked a treat and brought us back into the game. 7-7

They scored again (14-7) through their Zippy backs and began to turn the Screw. One player in particular who was absolutely mashed twice by James "Human Wrecking Ball" Shamamanammanam(need to learn his second name), two
bonafide try saving tackles and a audacious attempt at yet another MOM award.

We stayed in the game through some heroic defending and were constantly a threat with Dale punching holes all over the place and at one stage travelling about
sixty yards on his knees after being told by the ref to release the ball.

We were one try down at Half time, we thought we were two, but this team doesnt really do counting so 0-0 we decided.

Ping gave us a Half Time Team Talk reminiscent of Al Pacino in Any Given Sunday, we were still in it and we were in the ascendancy. The Set Pieces functioned given the amount of backs
we had playing as forwards and Kiwi Tony was on point with his Darts which helped take the pressure off.

They got a try against the run of play, but the belief was still there. Phil M was controlling his forwards like a man
with a very clear plan "Forwards to my facking right ye bunch of bloody Sheilas", he screamed at the forwards to his left.

Jack the Ripper ripping through defences defying all logic and playing like a man twice his size.

Gustavo was his usual rampaging self and through a long period of pressure he managed to drill home and we were back in it. Dale was unlucky as his pace got him close to the line, I believe his brain made him touch down
about ten yards short of it :)

There was some great loose play from Will, when not composing soliloquys and launching into political discourse as only one as Posh as him can do,
constantly giving us go forward ball.

Nick also managed a few dazzling runs leaving men in his wake looking like he had mesmerised them using the force.

Will was tackling lads twice his size so, everyone basically, all day long. Al Fresco was a constant threat, mainly to their women in the Club house but that’s another story.

After yet more Southwark Pressure, Gustavo made a break and decided to offload Sonny Bill style to myself, the line at my mercy, the ball 2 yards behind my mercy. It wasn’t long before we had another chance, Gustavo stopped an
inch short of the line, I picked and saw a snifter of white chalk and burrowed under the onrushing defence, a try I tells ya! the best of all time! Efforts are still underway to excavate me from the 15 bodies that are still on me.

21-19, then the Wasteman stepped up and having made a personal record of two consecutive kicks, he proclaimed "Pressure is for fecking tyres" and slotted over keeping his 100% record intact.


The Oppo managed to sneak a try at the end with our 15 men being out on their feet, the performance was manly, the arithmetic was sub-par.

Need to dust ourselves off and put in another epic performance and the Ws will surely keep on coming.