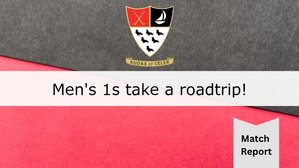 Southwick faced the long trip up the A23 to play top of the league Oxted 3s. The mood in Matt Rickson's van was pretty jubilant as the six players were transported in luxury to the pitch, with Matt Vokes refusing to wind the window down for the entire journey. We would have ended up in Heathrow if we followed the directions of Ciaran, thankfully Grant was there to insure that 50% of the team would be in attendance for the match.

Within 10 minutes of pushback, Wick found themselves 3-0 down, which to be honest was pretty unfortunate for the boys in white. As the first half developed, Wick found a foothold in the match and created a few chances for themselves, hitting the post twice late on in the opening half. Ollie and Matt Vokes working the lines, feeding off balls from John Glover and Tom Voller seemed to be a recipe for success, and as the half time whistle blew, the scoreline didn’t really reflect the game.

The second half was a different beast. Wick ran out of steam, lost focus and ended up on the end of a 9-0 spanking. Oxted were just too lethal with drag flicks, scoring 7/9 goals from short corners. Matt Scrase played an absolute blinder in goal, making a string of crucial saves to prevent the scoreline from becoming too embarrassing for Wick.

A match definitely worth moving on from swiftly, but the post match beer certainly lifted spirits, even if the teas from Oxted consisted of ham rolls and party rings. A highlight for me personally included a Matt Rickson driving masterclass: swinging a U-Turn which simultaneously cut off half the road and almost murdered a dog walker in cold blood. Onto next week, heads up and looking to end the poor run of results.