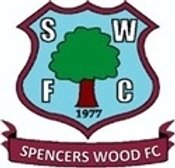 What a fantastic performance from the Dragon's in their last match as U7s before graduating to U8 in September.

A good away win over Eldon Celtic that highlights the development of the kids over the last 12 months. With some great passing movements, constantly pressing the opposition and good positional play. It was a triumphant win for the Dragons.

Q1
Some great bursts, passes and tackles from William, Oliver, Alfie and Barney against some good pressure from Eldon.

The quarter ended with a couple of good saves from Logan in goal. Nil-nil.

Q2
Second quarter started well, with Harvey, Barney and Oliver combining well. Remy had a great shot saved by Eldon after a neat short corner with Barney. Another corner and Harvey poked in a shot from Barney to take it to 1 nil.

Q3
Eldon coming back strong, #4 was their standout player, making lots of tackles and bursting runs. After a good shot from Harvey, a curling high and wide attempt from Logan - shortly followed by another strong shot from Harvey which went wide.

Alfie and Oliver were very strong at tackling and chasing the ball down, making sure the Dragons kept the majority of possession. Another shot wide by Logan, swiftly followed by a break in midfield, Harvey passing to Remy who smashed it in to make it 2 nil.

Great interception from William laying the ball off to Harvey, whose shot was excellently saved by the Eldon keeper. Then from the resulting goal line scramble, Harvey made it 3 nil.

After an Eldon break away, the Dragon's got the ball back, Harvey passed to Remy who smashed it past the keeper - 4 nil!

Eldon started on the front foot in Q4 - a strong break from Eldon #4 saved by William.

A roll out from William to Oliver, Oliver passed into midfield to Alfie, Alfie down the line to Logan, Logan crossed it in and Remy scored. Eldon didn't even touch the ball from start to finish. Goal of the season - taking the Dragon's to 5 nil!

A fast breakaway from Eldon #4 again, came to nothing after a fantastic tackle and distribution from Oliver.

Eldon starting to press now, more possession and breakaways but Oliver stood firm in defence, backed up by Alfie.

Eldon nicked the ball in midfield, broke away and scored their first goal of the game, taking the score to 5-1.

Two successive good moves and shots from Alfie, the latter leading to Logan poking in a rebound. 6-1.

Strong shot from Eldon and a good save by William - rebound followed up to make it 6-2.

Wimbledon-style route one for the Dragon's final goal, Oliver played a long ball which Logan latched on to. As the Eldon goalkeeper came out, Logan slotted it past him to finish the game 7-2.